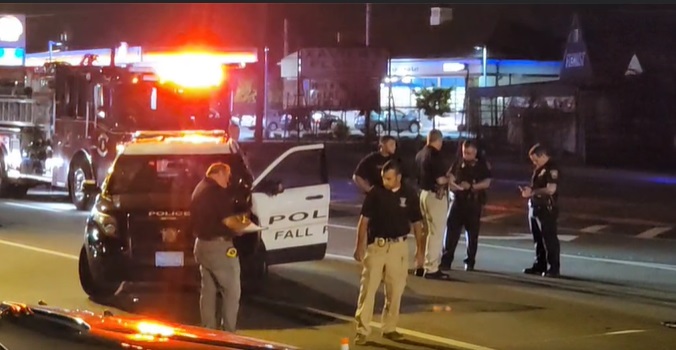 A teenager was seriously injured after being hit by a motorcycle on Saturday evening.

According to Sgt. Moses Pereira, just after 7:15 p.m., officers responded to the 200 block of William S. Canning Blvd, in response to reports of an accident involving a motorcycle and a pedestrian.

Upon arrival, Officers Joseph Bailey and David St. Laurent located two individuals requiring medical attention. One was a 15-year-old female pedestrian and the other a 27-year-old man who operated a motorcycle.

During their investigation, officers discovered that two men on motorcycles had been traveling south on William S. Canning Blvd. at a high rate of speed.

As this occurred, one of the motorcycles weaved through traffic and around the vehicle in front of him at a high rate of speed. He would then strike the girl as she was crossing the street in front of the two vehicles which allowed her to cross.