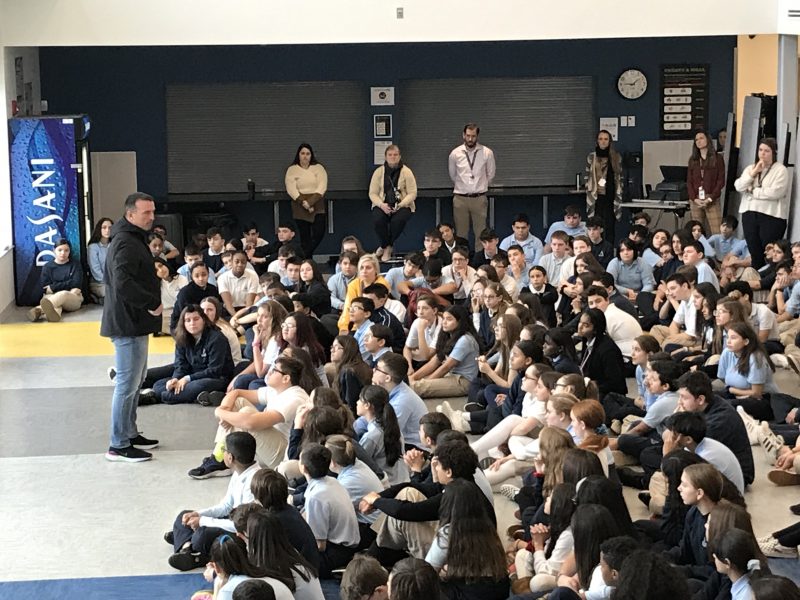 He is no stranger to returning to his native city, but his return on this occasion left a profound impact.

According to staff at the school, Herren gave an extremely moving and frank talk about his struggles with substance abuse and the impact his addiction had on his life as well as his road to recovery.

Herren is no stranger to giving talks about his experience. The former Boston Celtics guard has shared his story of recovery with over 1 million people nationwide.

Herren, along with director Jonathan Hock, recently released the film The First Day back in July of 2019 which aired on ABC and ESPN. The film chronicles his journey revealing Herren’s vulnerability and his profound connections with high school students who, in turn, have shared their stories of struggle and strength. Through the power of storytelling, Herren addresses issues such as substance use, other harmful behaviors and mental wellness.