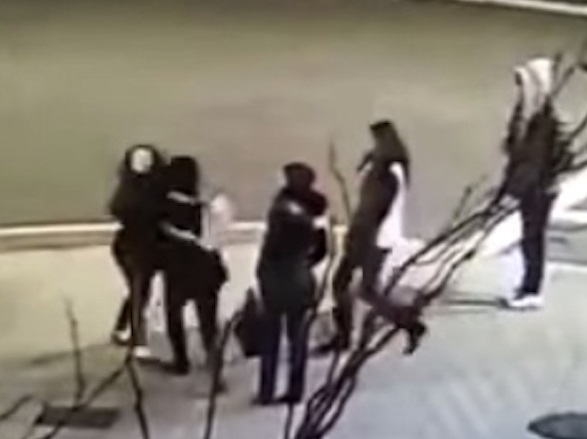 Boston, MA – A rights group called for change after a Massachusetts woman received no jail time in an attack on a Spanish-speaking family.

Stephanie Armstrong was sentenced Thursday in connection with an assault on a Latinx mother and minor in East Boston after Jenny Leigh Ennamorati, who was also involved with the crime, was sentenced earlier this year.

The case arises from a 2020 attack perpetrated against a Latina mother and her then 15-year-old daughter. The assailants reportedly beat the victims while stating “This is America,” “speak English,” and “go back to your f**king country!”

Prosecutors stated that the pair committed the assault because they thought the two were making fun of them in Spanish.

The court found Armstrong guilty of assault and battery and sentenced her to a probation term of two years. Although the court indicated that six months of confinement in a house of corrections may be appropriate for the underlying offense, Armstrong received no prison time.

“Lawyers for Civil Rights” stated that they advocated for the investigation into the East Boston incident as a hate crime and that the trial retraumatized Sara Vasquez and her daughter.

“We continue to see a significant rise in hate crimes locally and nationally, particularly those related to race. Violence against Latinx, Black and Asian American communities continues to escalate, as seen in the horrific events in Buffalo, New York. We can no longer afford to meet hatred and violence with leniency,” said Myraida Melendez, Staff Attorney with Lawyers for Civil Rights.

CBS Boston stated that Armstrong’s lawyer said his client is a member of the LGBTQ community and would “never do anything to interfere with anyone else’s civil rights and the acquittals of both civil right violations confirms that.”

LCR felt that the incident was “an act of terror motivated by prejudice and bias and every individual should be free to walk their communities and speak their native language without fear of violence.”

Ennamorati, Armstrong’s co-defendent, was sentenced to 15 months probation in February after a plea deal.

“This is a disheartening result, Ms. Vasquez and her daughter did everything that we could ask of victims. They courageously spoke out against hate and actively participated in the legal proceedings, only to have the outcome fail to reflect the horror of their experience,” said Mirian Albert, Staff Attorney of Lawyers for Civil Rights. “This was a less than desirable outcome that will have a chilling effect on the community by deterring victims of hate crimes to come forward.”