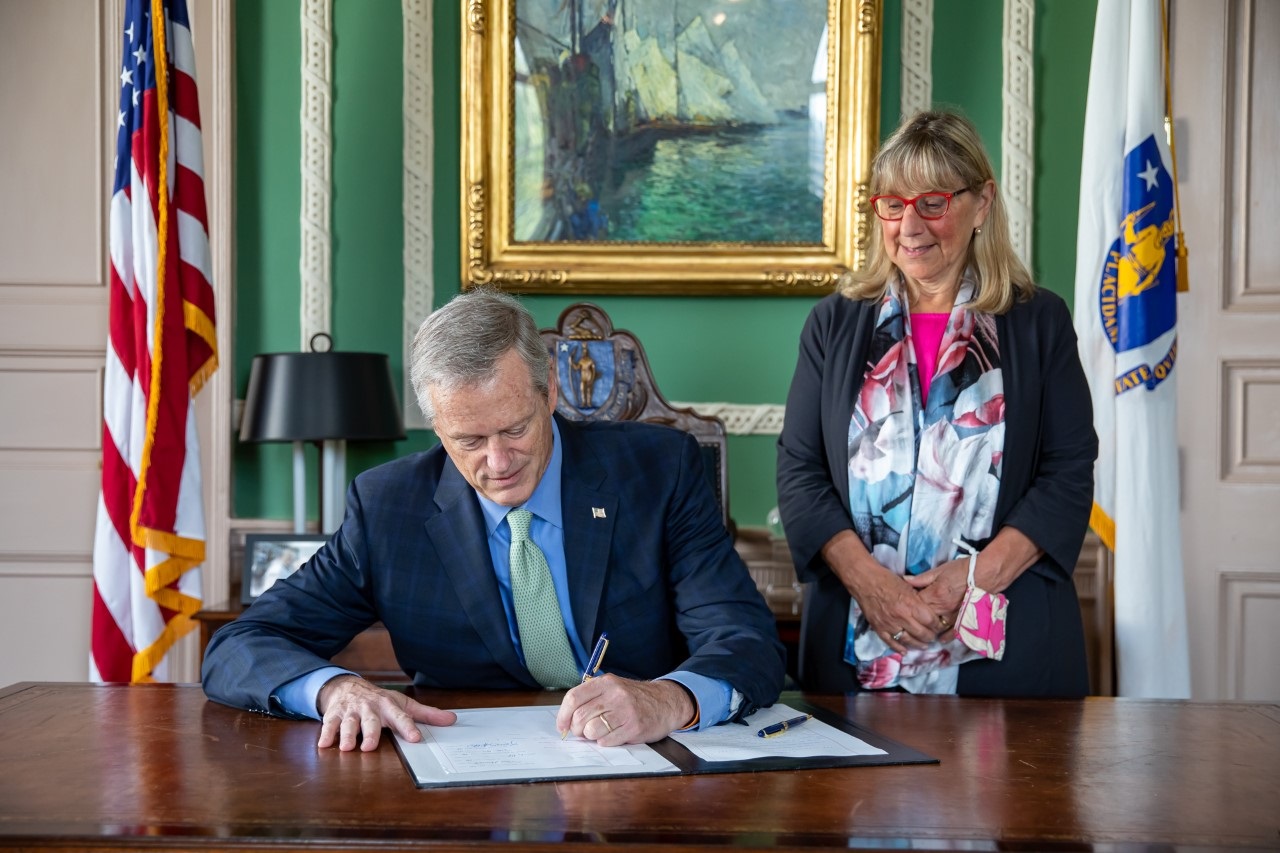 “Massachusetts remains steadfast in its commitment to protect access to reproductive health care services, especially in the aftermath of the Supreme Court’s decision overturning Roe v. Wade,” said Governor Charlie Baker. “The Court’s decision has major consequences for women across the country who live in states with limited access to these services, and our administration took quick action in the hours following that decision by issuing an Executive Order to protect access here in the Commonwealth. This new legislation signed today builds on that action by protecting patients and providers from legal interference from more restrictive laws in other states. We are grateful for the compromise and dedication to the issue that our legislative colleagues demonstrated to make this important, bipartisan law a reality.”

“In the aftermath of the Supreme Court’s decision overturning Roe v. Wade, it’s critical that we in Massachusetts affirm that our state will continue to ensure access to reproductive health care services,” said Lt. Governor Karyn Polito. “The new protections in this law build on the steps our administration took last month and our shared bipartisan work to protect access to these services. We appreciate the opportunity to work with the Legislature to provide these important safeguards.”

“Like so many others, I was devastated by this extremist Supreme Court’s decision to overturn the rights enshrined in Roe v. Wade. I am very proud that, with the signing of this legislation, Massachusetts will continue to be a national leader in protecting and defending the rights of our residents and of those people who come here seeking access to health care,” said Senate President Karen E. Spilka. “Pregnant people, trans people, and all people must be allowed to make their own health care decisions in consultation with their physician without fear. Our fight to protect the rights and dignity of our residents cannot end today, however, and so the Senate will continue to explore ways to uphold our fundamental rights. I am grateful to my colleagues in the Senate who stood together to act quickly and decisively on this issue, to Speaker Mariano and the House of Representatives, and to Governor Baker for his quick action as well.”

“In the aftermath of the Supreme Court’s decision to ignore nearly 50 years of judicial precedent and overturn Roe v. Wade, and as states across the country move to restrict access to abortion, I’m incredibly proud of the fact that elected officials in Massachusetts have acted to ensure that the Commonwealth can serve as a safe haven for women seeking reproductive health care services, and for providers whose licenses could be at risk because of laws passed in other states,” said House Speaker Ronald J. Mariano (D-Quincy). “The protections that are codified into law with this legislation, which will help to ensure that no woman will ever be forced to leave Massachusetts to access reproductive health care services because of devastating medical news during the later stages of their pregnancy, have never been more important. I want to thank all my colleagues in the House, as well as our partners in the Senate and in the Administration, for their commitment to protecting a woman’s right to choose, and for the hard work and cooperation that ultimately facilitated the passage of this legislation.”

The new law protects patients and providers from legal interference when they are engaged in accessing or providing reproductive and gender affirming health care services that are legally protected in Massachusetts. The law also codifies several protections that Governor Baker put in place by Executive Order last month to prohibit the Commonwealth from assisting with other states’ investigations or legal proceedings regarding health care services that may be restricted in other states. The law also includes requirements for insurers to cover reproductive health care services, provisions addressing abortions performed at 24 weeks or later and measures that expand access to contraception across the Commonwealth.