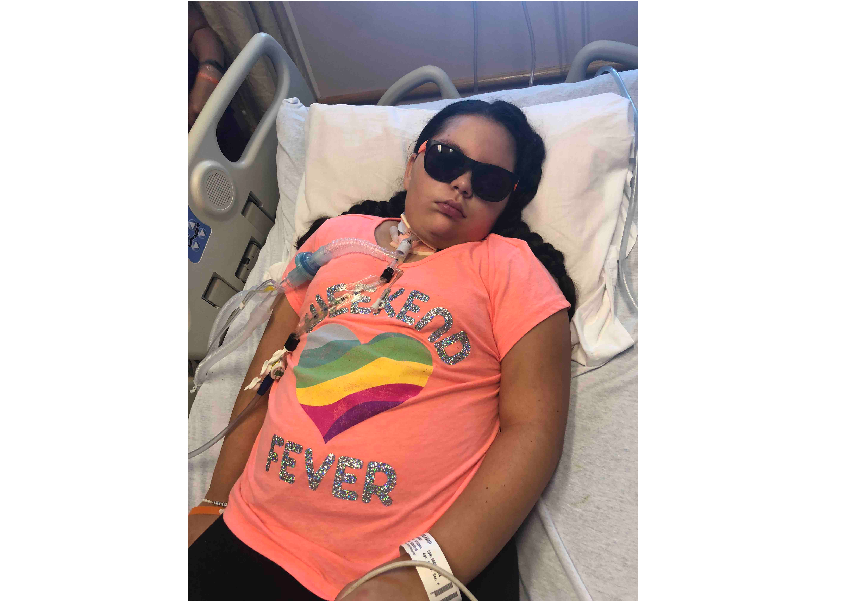 Photo courtesy of the Medeiros Family

It has been a long road and she has much more to overcome, but Avah Carreiro is finally home.

You may recall that on June 24th several people were injured in an accident in Westport. The accident occurred at 126 State Road (Route 6) in Westport at approximately 6:00 p.m. The crash injured four people leaving one with a broken ankle and Avah in critical condition with severe brain trauma.

According to Avah’s aunt Cassandra, after 9 long weeks in the ICU at Hasbro Children’s Hospital, Avah was able to go home Tuesday. Although Avah is finally in the comfort of her home again, her fight is far from over. Avah still has a long road ahead of her and could still use help and support from the community.

Avah sustained an anoxic traumatic brain injury that has left her in a vegetative state. She is no longer in a coma and is able to open one of her eyes. She does have reflex movement in her arms and legs. Avah had a tracheostomy and gtube put in. She remains on a vent most of the time, but can breathe on her own without ventilation a few hours a day. The doctors don’t believe Avah’s condition will improve, but the family has not given up hope. Their faith in God to help her remains strong. The family has also been trained to take care of her.

The family has been overwhelmed with all of the support and love they have received from the community since the crash and credit much of that support with getting them through this difficult time.