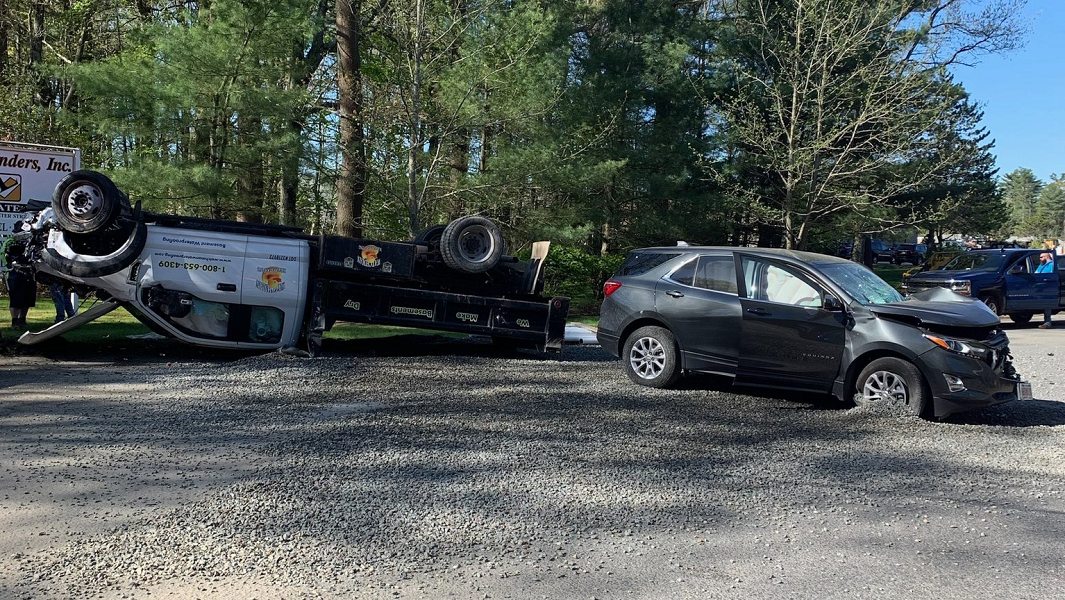 Police are investigating after a large sized truck flipped over in a multi-vehicle crash Thursday.

A call came into dispatch just after 8:20 a.m. for a two vehicle crash at 351 Winter Street in Hanover.

Upon arrival, responders discovered the vehicle and multiple injuries which caused officials to shut down the road.

Authorities reported 3 injuries in the overturned truck and one in an SUV.

The three injuries in the truck were not considered serious.

At least two were transported to a trauma center, according to Hanover Fire Department.