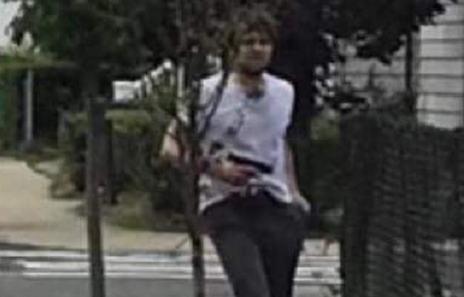 Winthrop’s Nathan Allen, who went to UMass Dartmouth and lived on the Southcoast for many years, reportedly drove a commercial truck he stole into a building not far from his home before shooting and killing former Massachusetts State trooper David Green and Air Force veteran Ramona Cooper on Saturday.

He apparently left something behind.

According to WCVB, a backpack with weapons and ammunition was discovered by police early Sunday morning which appeared to be tied to Allen.

WCVB stated that police found approximately 100 rounds of ammunition in the backpack which was on a walking path not far from Allen’s home. Also in that backpack were loaded magazine clips, brass knuckles, and multiple knives. A prescription written for Allen was with the weapons and ammo.

Suffolk County District Attorney Rachael Rollins has stated that white supremist and anti-Semitic writing was found in Allen’s handwriting in addition to swastikas. According to Rollins, in addition to the writings, the case is being investigated as a hate crime due to both victims being black and Allen passing by and not shooting others who were white.