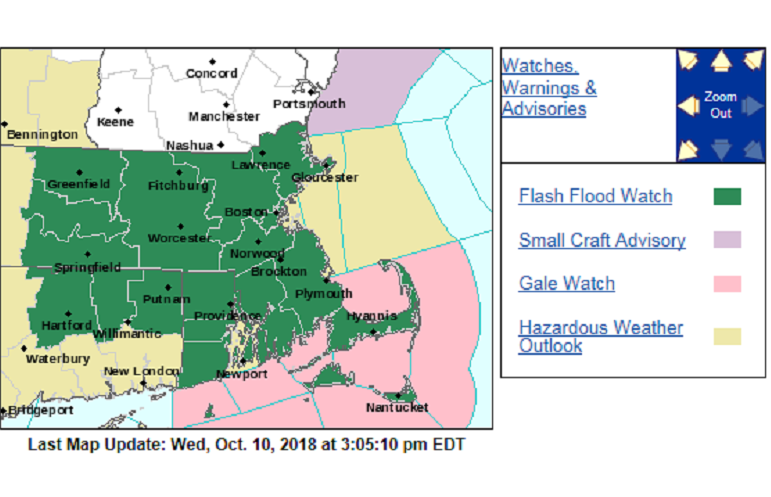 * From Thursday afternoon through Friday morning.

* Tropical moisture will converge ahead of an area of low pressure and sweeping cold front beginning Thursday afternoon continuing through Thursday night. Shortly after the remnants of Hurricane Michael will lift north along the cold front by Friday morning.

* Moderate to heavy rainfall is anticipated averaging around 2 to 3 inches for the area with locally heavier amounts especially with any thunderstorm activity as high as 3 to 5 inches.

* Additional concern with continuous rain for a long period of time that could stream northeast across the region. Potentially occurring within a 1 to 3 hour window, there is the possibility that flash flooding will occur.

* Streams and small rivers are running much higher than normal, and the ground remains fairly saturated from a series of heavy rainfall events from late September into early October. Therefore, the region is vulnerable to flash flooding.

* Astronomical tides are running slightly higher than average given the new moon. With any excessive rainfall during high tides there may be poor drainage issues in addition to flooding for shoreline communities.