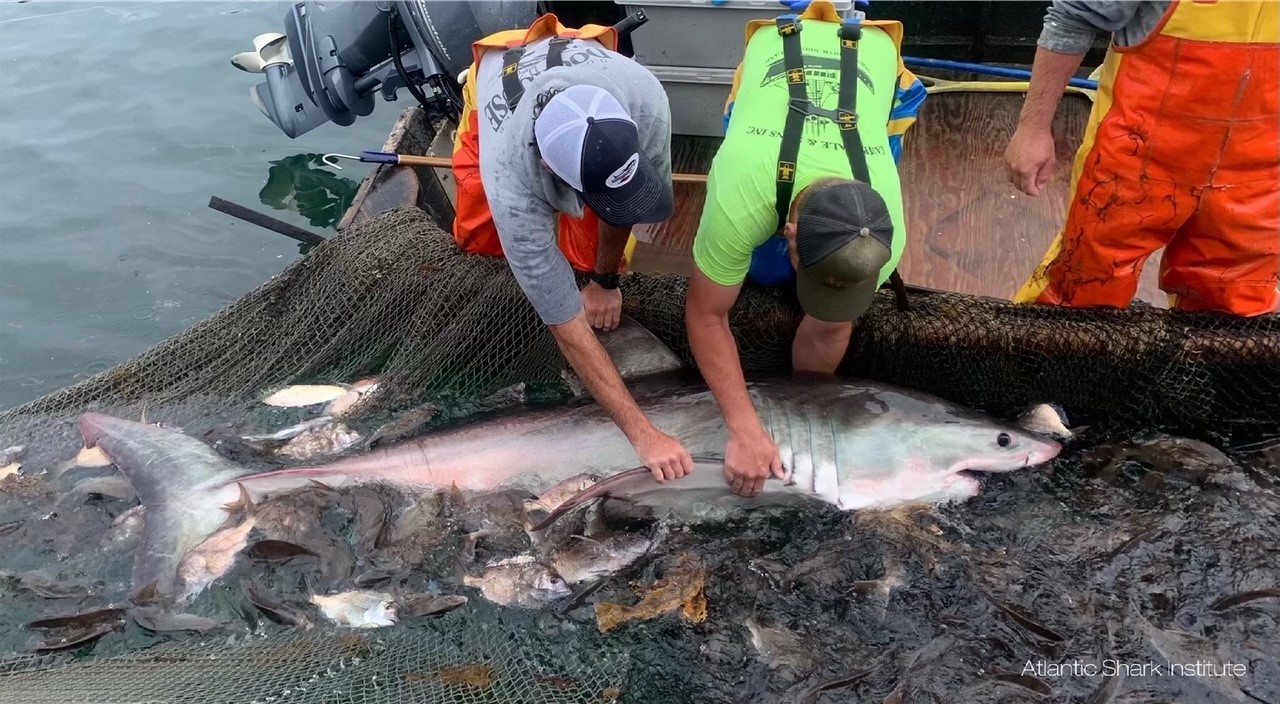 Today, the Atlantic Shark Institute announced that on June 12, 2021 they were able to deploy an acoustic tag into a great white shark in RI waters. This is the first time a great white shark has been tagged using this technology in area waters, according to the Atlantic Shark Institute and researchers. The shark was a female, seven feet long and was a juvenile according to the ASI.

“This is a watershed moment for the Atlantic Shark Institute, this critical research and our efforts to learn more and more about this iconic species” shared Jon Dodd, Executive Director of the Atlantic Shark Institute. “We’ve known for quite some time that white sharks visit our waters more often than has been previously documented, and this is simply another step in filling in those missing pieces” added Dodd.

The acoustic tag will last for 10 years and will allow the Atlantic Shark Institute and researchers to follow her movements for many seasons. Much like a social security number, every time she passes within 500-800 yards of an acoustic receiver it will register the day and time that she swam by. With many seasons of data and many migrations, these tagged sharks are critical to researchers. Fewer than 300 white sharks have been tagged in the NW Atlantic using this technology and the vast majority of those have been adult and sub-adult sharks. “That’s what makes this work so exciting and so important”, added Dodd. “These young-of-the-year (YOY) and juvenile white sharks aren’t easy to find, tag and release so every one of them is really important if we are to understand how size, age and sex plays a role in what they do and where they go.”

The shark was tagged inside the Point Judith Harbor of Refuge on Saturday morning according to the Atlantic Shark Institute. It was tagged by Ian Campbell and his crew aboard the F/V Buckeye out of Galilee. This is the second juvenile white shark tagged in this important study with the first coming in August of last summer near Montauk, NY.