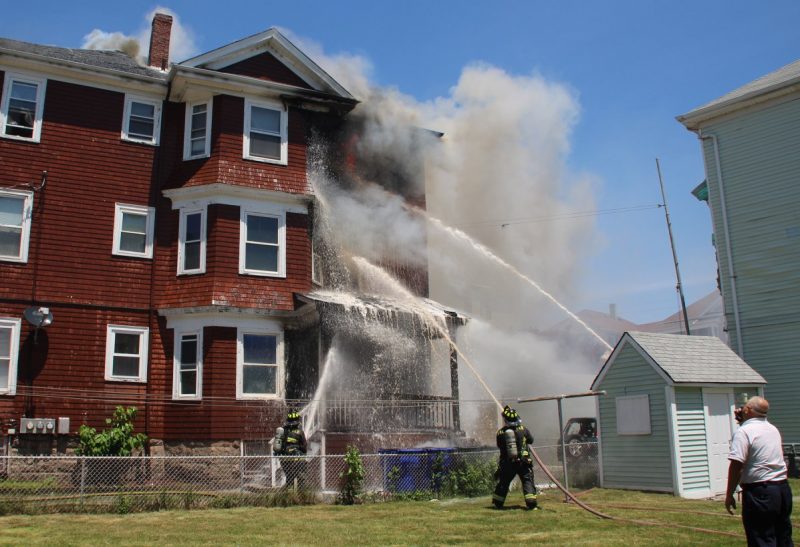 The fire call came in just before 1:00 p.m. at a three story dwelling on 132 17th Street. The home was well involved when departments arrived.

Additional departments, including Westport and Tiverton, were called to the scene.

Roads were blocked off as smoke rose from the back of the residence.

According to Fire Chief John Lynch, the two alarm fire originated on or in the 1st floor outside porch. The fire was not reported until it had a good start and someone heard the smoke alarms going off.

The fire is still under investigation by Investigator Cote and Lt Bernier.

No injuries were reported initially, however one child was transported to the hospital for minor smoke inhalation.