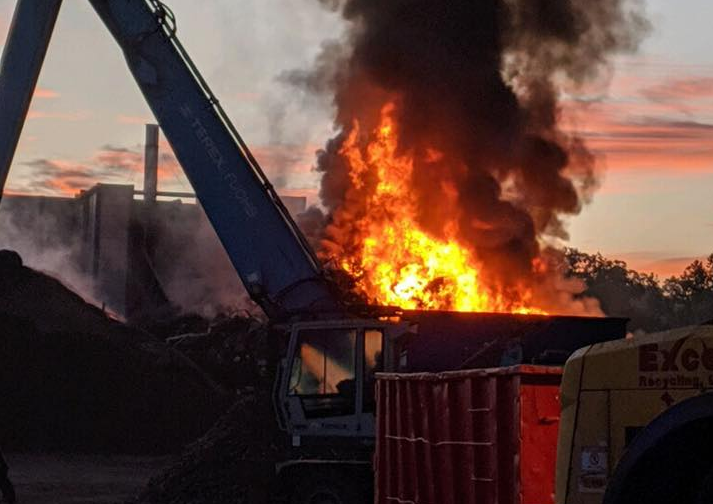 A large fire at a business the town tried to cease operations of was blazing early Sunday morning in Freetown.

According to Freetown Police, at approximately 6:40 a.m., police and fire departments were dispatched to the Assonet Industrial Park for reports of heavy smoke in the area.

First responders discovered that the source of the smoke/fire was located at the Excel Recycling Plant located off of Ridge Hill Road where a stock pile was on fire.

There were reported explosions, according to Freetown Police.

According to dispatch, no injuries have been reported.

The Town of Freetown had revoked Excel’s license to operate the facility due to complaints from residents. On October 3rd, the license had been reinstated.