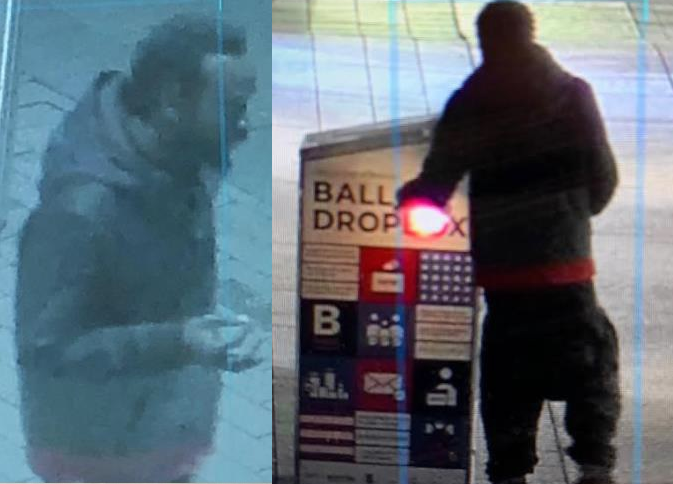 The FBI and Boston Police investigating a fire that took place inside a ballot dropbox in Boston this morning.

The facts and circumstances of the incident are as follows: At about 4:11 AM on Sunday, October 25, 2020, officers assigned to District D-4 (South End) responded to a request for BPD response to the area of 700 Boylston Street in Boston. On arrival, officers observed Boston Fire on scene tending to smoke coming from an early voting ballot box. The ballot box appeared to be on fire, but the firefighters were unable to determine if the fire was burning inside of the box. Eventually, crews were able to extinguish the fire by filling the ballot box with water.

The Boston Police Department is actively reviewing the facts and circumstances surrounding this incident and is asking anyone with information relative to this investigation to contact the Boston Fire Department Fire Investigation Unit at (617) 343-3324.

“What happened in the early hours of this morning to the ballot dropbox in Copley Square is a disgrace to democracy, a disrespect to the voters fulfilling their civic duty, and a crime. Our first and foremost priority is maintaining the integrity of our elections process and ensuring transparency and trust with our voters, and any effort to undermine or tamper with that process must be prosecuted to the fullest extent of the law. We ask voters not to be intimidated by this bad act, and remain committed to making their voices heard in this and every election.”

“The ballot dropbox at Copley Square did not suffer physical outer damage and continues to be available for voters to deposit their completed ballots. We’re encouraging any Boston voter who deposited their ballot at the Copley Square dropbox between 2:30 p.m. on Saturday, October 24, and about 4 a.m. on Sunday, October 25, to check the status of their ballot by calling 617-635-2211. We’re working with the proper authorities to conduct a thorough inventory of the ballots collected through the Copley Square ballot box yesterday afternoon through the early morning of today, and that investigation remains ongoing. Please note: All ballot dropboxes are under 24-hour surveillance and emptied on a daily basis. Ballots collected are brought to us to be counted on election night with each voter’s precincts.”