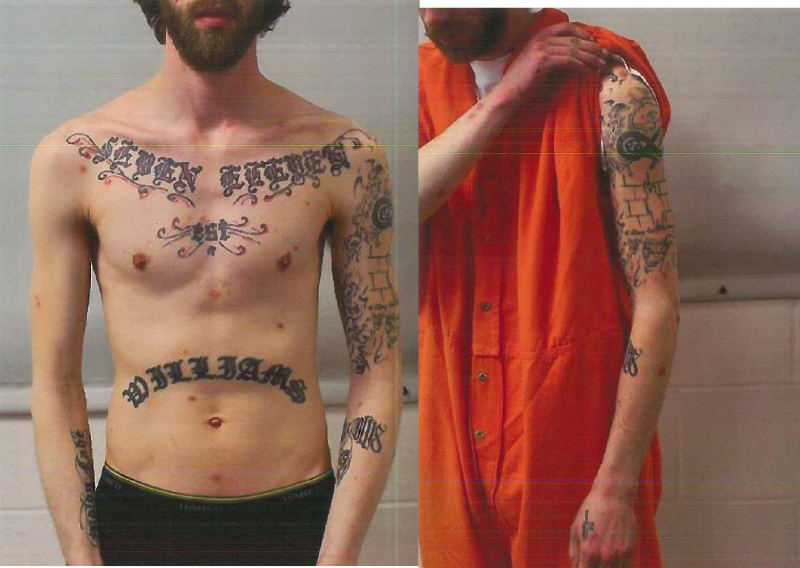 The Federal Bureau of Investigation, Somerset County Sheriff’s Office and Maine State Police are asking the public for help and offering a reward up to $20,000 for information leading to the arrest of John Daniel Williams.

In the early morning hours of April 25, 2018, Williams allegedly shot and killed Corporal Eugene Cole of the Somerset County Sheriff’s Office in the town of Norridgewock, Maine. Following the murder, Williams stole Corporal Cole’s marked cruiser, drove to the Cumberland Farms in Norridgewock and committed a theft. Williams fled the scene of the theft in the cruiser. Shortly after 5:00 a.m., the cruiser was located abandoned off of Martin Stream Road in Norridgewock. An arrest warrant was issued out of Somerset County Superior Court in Skowhegan, Maine for murder of a police officer. Williams remains at large and is considered armed and dangerous.

Williams is a 29-year-old male with blue eyes and brown hair. He is 5’6” in height and weighs approximately 120 pounds. He was last seen wearing a black beanie hat, a dark-colored zip-up jacket, gray pants, and tan boots. His last known address is 16 Jones Street in Madison, Maine, and he has ties to New Hampshire and Massachusetts.

Williams has at least eight tattoos: the words “SEVEN ELEVEN” on his chest, below his collarbones; the abbreviation “est” in between his pectorals; the name “WILLIAMS” on his lower abdomen, above his navel; a half sleeve on his left arm; the word “Semper” on his upper right arm; the word “Fidelis” on his upper left arm; and a small safety selector symbol on the back of his left hand; and “Molon Labe” on his right forearm. According to records checks, Williams does not have any military experience.

The FBI is currently offering a monetary reward of up to $20,000 for information leading to his location and arrest.

A seeking information poster, with photographs of the subject on the morning of the murder, is attached.

Anyone with information regarding his current whereabouts should call the Maine State Police at 207-624-7076. Tips can also be electronically submitted at tips.fbi.gov.

“Mr. Williams poses a very real danger to the public. We’re hoping this reward incentivizes anyone with information about his whereabouts to contact law enforcement. And if you see him, call 911 immediately but do not approach,” said Harold H. Shaw, Special Agent in Charge of the FBI Boston Division.