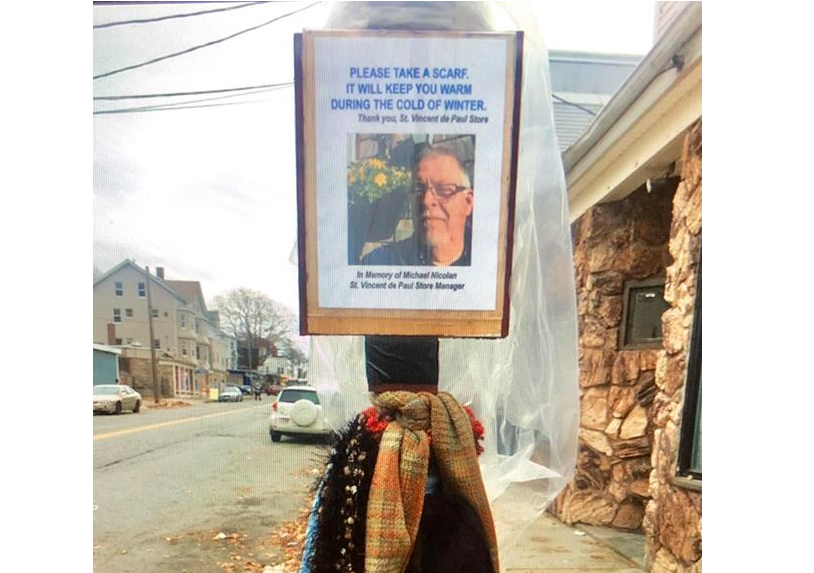 A father is carrying on a tradition of giving at a Fall River establishment in honor of his son.

Former Fall River native Michael Nicolan passed away from a brain tumor one year ago on 11/25/17. Nicolan was the store manager at St Vincent de Paul for the past several years after talking it over from his father.

On top of a toy drive that was close to his heart, Mike started a scarf pole during the winter months about 4 years ago outside of the store. He was given the idea by seeing another such pole in the city.

This year the scarf pole has been put up in his memory by his father Leonard who now runs the store once again. The pole is standing in front of 1799 Pleasant Street.

The store is accepting donations of gently used and new scarves for the pole which is replenished daily. The store hours are Wed- Fri 9am- 2:45 pm. Sat 9-2pm. The scarf pole is for anyone needing a scarf to keep them warm during the cold winter months.