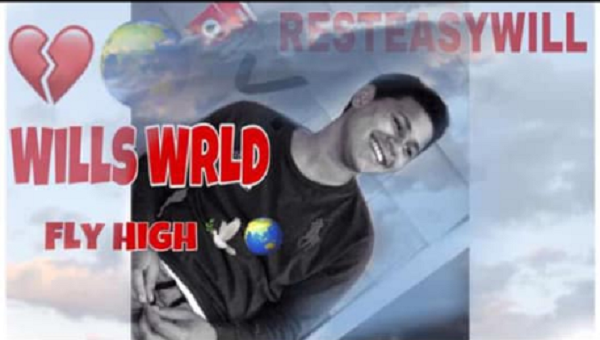 Friends and family gathered today in Fall River in honor of a teen who was fatally stabbed last week.

At 3:00 p.m. Sunday, a huge display of balloons were released at Kennedy Park by those who knew 17 year old William Wheeler as they gathered to remember him. Chants of Will’s world could be heard during the balloon release.

Family and friends are still trying to come to grips with the loss.

The family has also set up a page for money needed to help pay for funeral expenses due to his abrupt death.

William’s 16 year old cousin was arrested in West Warwick, RI Thursday in connection to the homicide.

The juvenile is being charged with murder in the fatal stabbing of Wheeler.