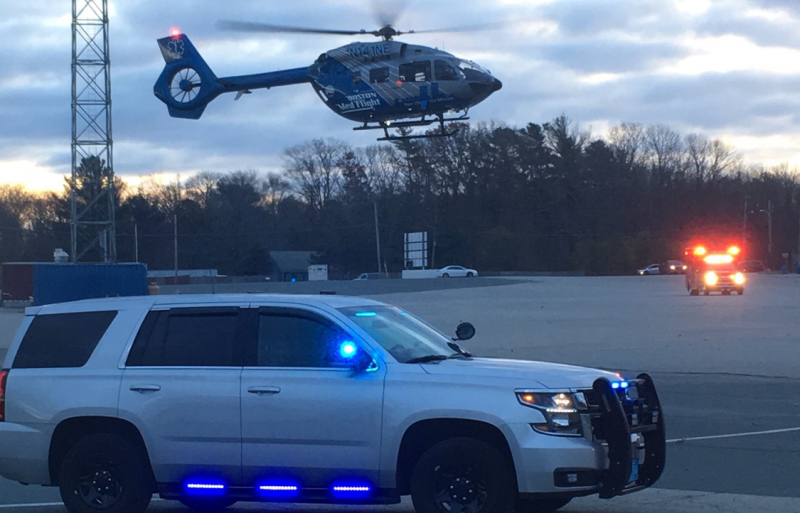 RAYNHAM — Fire Chief James Januse and Police Chief James Donovan report that a woman was seriously injured in a crash on Route 138 in Raynham Wednesday morning.

At approximately 6:30 a.m., the Raynham Police and Fire Departments responded to the area of 1266 Broadway (Route 138) for a report of a crash near the intersection of Elm Street.

Upon arrival, police and fire personnel came upon a red 2002 Hyundai Accent that had collided with the back of a truck hauling a crane.

The 28-year-old Fall River woman driving the sedan was seriously injured. She was extricated from the vehicle by firefighters and taken by a Raynham Fire ambulance to the Raynham Park dog track parking lot. From there she was transported via medical helicopter to Massachusetts General Hospital.

The woman was the sole occupant of the vehicle and the truck driver was uninjured in the crash.

The woman’s vehicle sustained heavy front-end damage and the truck’s rear axle was broken. The truck is owned by Bevilacqua Crane Service out of Milford.

The southbound side of Route 138 was closed while the scene was active and has since been re-opened.

The preliminary investigation indicates that the woman struck the back of the truck as the truck driver was attempting to turn left into a gas station.