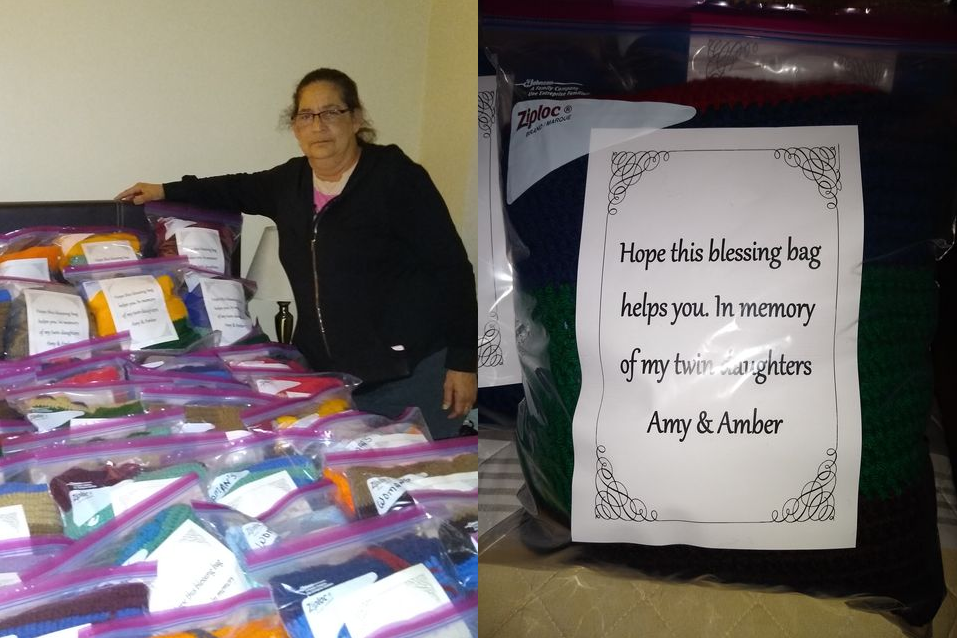 A Fall River woman is using a personal tragedy to give back to the community.

Cheryl Robinson is honoring her twin daughters who passed away by spreading donations across the city.

Cheryl lost her first daughter, Amber Correira, nearly 3 years ago due to an ongoing battle with addiction. Then, in August of 2020, Amy Correira committed suicide. 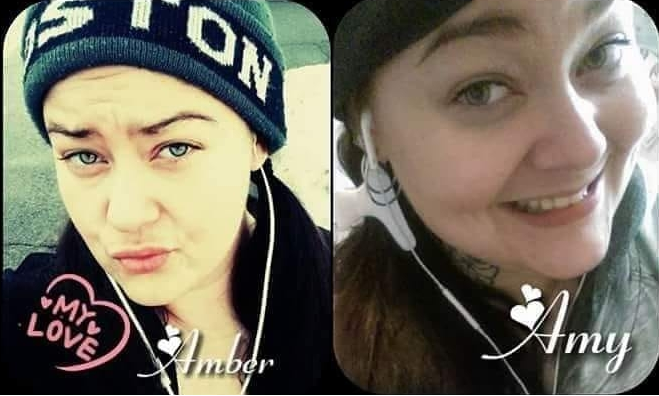 “Amy just couldn’t live without her twin so she took her own life. Amy and Amber are my angels.”

After these heartbreaking tragedies, Cheryl was looking for an idea that would honor her children and also help those in need. She came upon the idea of making blessings bags.

“I was trying to quit smoking so I started making blankets and scarves which by the way did indeed help me smoke a lot less.”

As she was making the blankets and scarves, Cheryl went on Facebook and asked for help with donations of toiletries and socks. The result was more than she expected.

“Before I knew it I had so much stuff. Fall River is so kind in helping others out. The generosity from people was just overwhelming.”

Cheryl then had to think about the next move and where she would donate the bags. She decided that she would pass out the 100 blessing bags across the city at Kennedy Park, North Park, Ruggles Park, and then the homeless camp in Fall River known as Tent City.

“I thought about the tough love I gave my Amber and she became homeless. Worst feeling a mother can have.”

The bags will consist of hats, scarves, soap, toothbrush, toothpaste, socks, emergency blanket, gloves (which she is still short of), masks, juice boxes, and deodorant.

Cheryl plans on dropping off the bags on February 6th. She is also looking for a place to donate the leftover items she has after the bags are passed out.