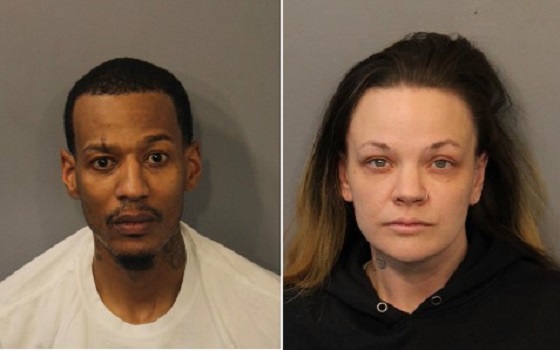 A Fall River woman and man have been arrested for their roles in an alleged armed kidnapping that reportedly took place this weekend.

According to Sgt. Moses Pereira, on Sunday, just after 6:15 a.m., Officers assigned to the Uniform Division responded to the area of Webster Street and Pitman Street in response to reports of a male in possession of a firearm.

Upon arrival, the alleged victim explained that he met a female on Pleasant Street and the two later traveled together to an address on Pitman Street. The victim indicated that while at the Pitman Street location, a firearm was pointed at him, and he was forced to remain inside the residence.

The victim would later be allowed to leave the residence, however, he was not allowed to take his personal belongings with him.

As a result of the investigation, an arrest warrant was requested for 35-year-old Trajaun Albert and has since been captured. Albert is charged with kidnapping, assault with a dangerous weapon (firearm), armed assault in a dwelling, armed robbery, and conspiracy.

30-year-old Adrienne Longtin has also been charged in connection with this investigation. She was arrested and charged with conspiracy, armed assault in a dwelling, armed robbery, trafficking 18 grams or more of cocaine, and kidnapping. She also had several outstanding arrest warrants.