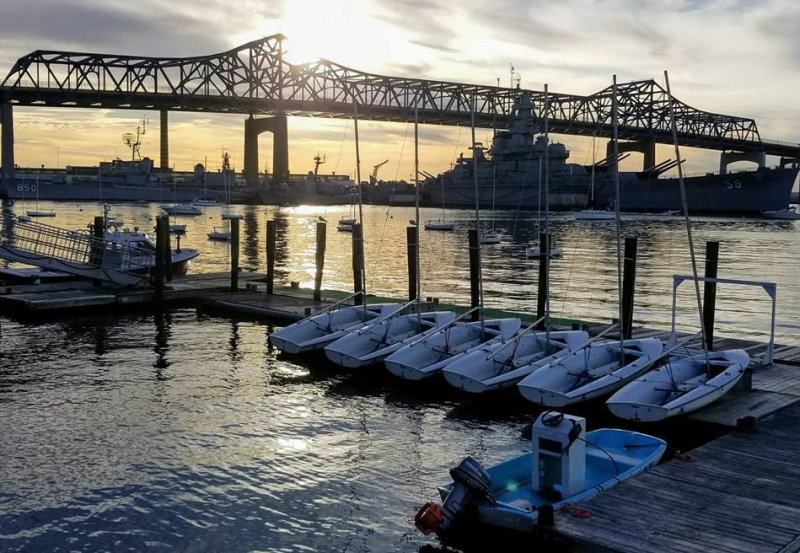 The governing board of the Mass Cultural Council has approved the proposed Fall River Waterfront Cultural District, according to a press release from the Council. This state designation hopes to stimulate new arts and cultural activity and attract creative businesses for the City.

“I am honored that the Mass Cultural Council has named Fall River as their 50th Cultural District,” said Mayor Paul E. Coogan. “The financial support opportunities and additional resources for the arts and culture community will allow our waterfront to continue to improve and expand.”

The Fall River Waterfront Cultural District is in the City’s waterfront. The boundaries, according to the Council, run along the shore of the Taunton River, bordered by Commonwealth Landing to the north, following Davol Street in the east, and ending in the area of Columbia Street to the south. The boundaries include the Gates of the City, the Maritime Museum at Battleship Cove, Fall River Heritage State Park, Borden Light Marina, and Veterans Memorial Bicentennial Park.

“Over many generations, Fall River’s diverse community has developed a unique, rich culture, making the City a natural addition to the Cultural District program,” said State Senator Michael J. Rodrigues (D-Westport), Chair of the Senate Committee on Ways and Means. “Thank you to the many organizations, including Mass Cultural Council and the Creative Arts Network, that made this possible, and congratulations to the City of Fall River.”

“Creative Arts Network, is pleased to have played a pivotal role in securing this critical designation for the City of Fall River. C.A.N.-sustained leadership over the past five years insured the successful approval of a Cultural District that will greatly contribute to the development and economic revitalization of Fall River’s waterfront,” said David and Sandra Dennis, Co-Founders, Creative Arts Network.

“I am pleased that the Mass Cultural Council has approved the Fall River Waterfront Cultural District, located in the House District I represent,” said State Representative Alan Silvia (D- Fall River). “This will ensure economic growth to the development of our waterfront, providing our community with an improved quality of life. Thank you to all who have assisted in making this possible, including Mass Cultural Council and C.A.N. Congratulations, Fall River.”

“We thank the Mass Cultural Council and the Creative Arts Network for their tireless work to enable Fall River’s waterfront to receive this state Cultural District designation and the $5,000 grant,” said State Representative Carole Fiola (D- Fall River). “This will greatly enhance the work and vision we have for our gorgeous waterfront.”

“This is another great step forward for Fall River,” said State Representative Paul A. Schmid, III (D- Westport). As we prepare for Southcoast Rail, the establishment of a state-designated Cultural District is a versatile way to ensure economic growth.”

The designation allows the Fall River Waterfront Cultural District to be eligible to receive its FY20 grant of $5,000.