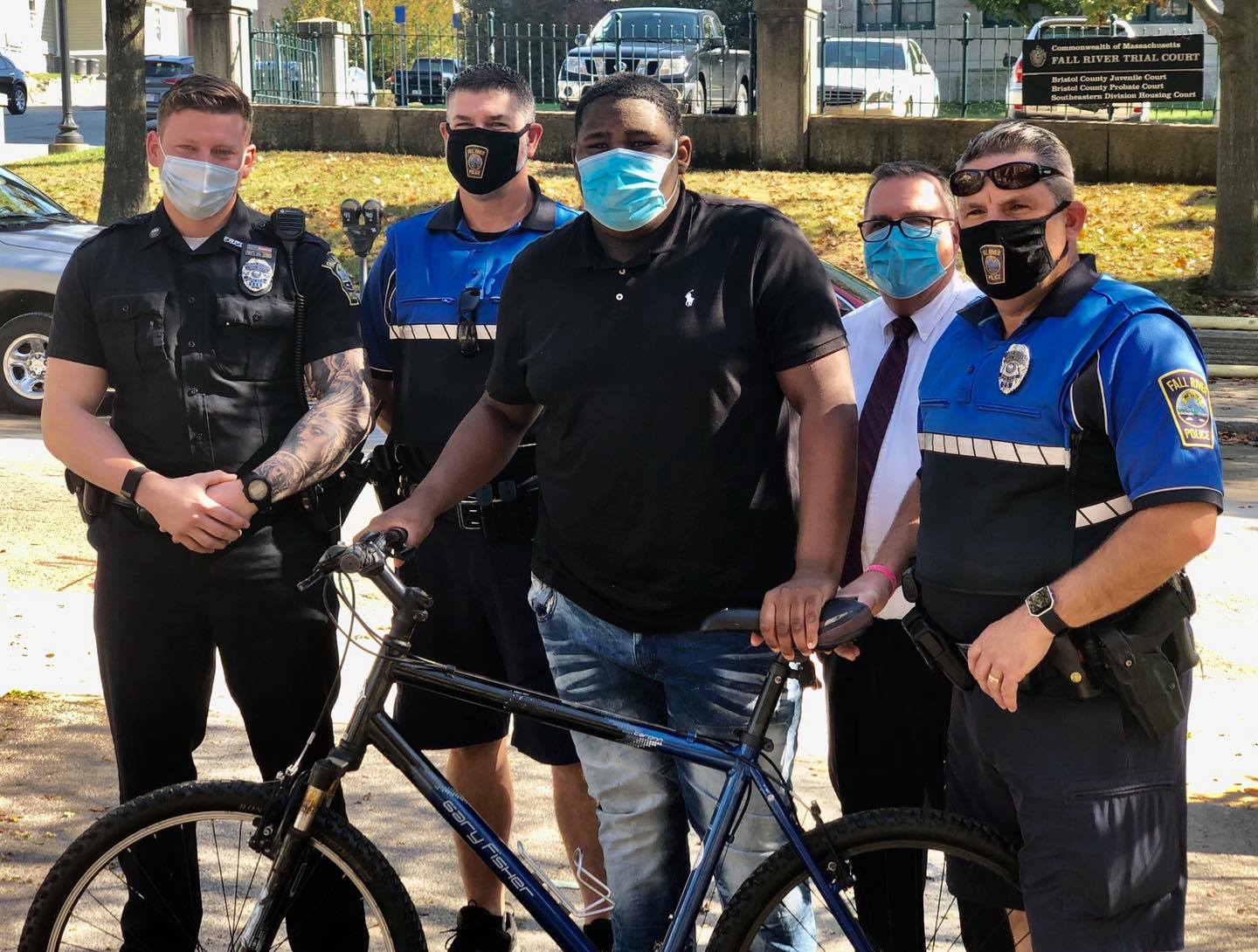 Fall River Police came to the rescue of a boy who had his bicycle stolen.

According to Fall River Police, unfortunate event turns into a positive one.

“Jahid is a student at the RPS school in Fall River. Recently his bicycle was stolen and Kathy Belanger a counselor at his school reached out looking to find a replacement bicycle for him. Officer Derek Oagles took the initiative to find a new bicycle for him which was actually one that was found and scheduled to be auctioned off by the police department. With the help of bicycle officers Rick Saraiva and John Ruggiero they refurbished the bicycle and it was donated to Jahid. The FRPD prides itself on our partnership with our school department and this is an excellent example of it in action. Great job to all involved!”