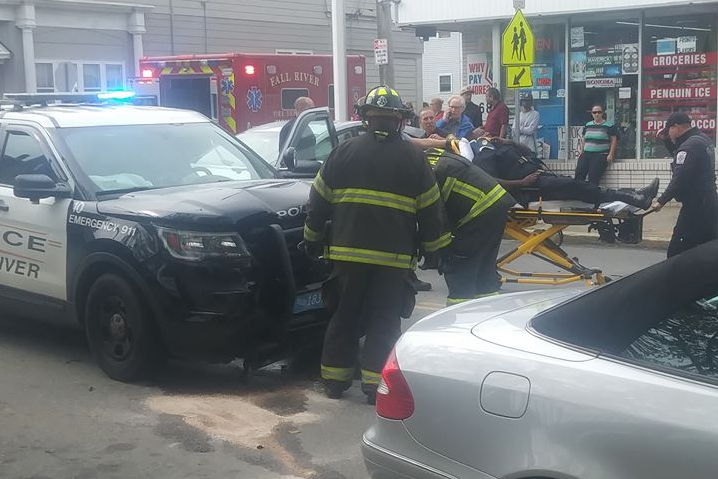 Fall River Police have issued a statement on a Wednesday afternoon crash that sent two officers to the hospital.

According to Detective John Robinson, on October 3rd at 12:45 p.m., a Fall River Police Cruiser was responding to a dangerous weapon call with the cruiser lights and siren activated. While headed north on South Main Street and approaching the Osborn Street intersection, a Toyota, traveling west on Osborn Street, pulled out into the intersection and into the path of the police cruiser where it was struck.

Both officers received treatment at a local hospital for minor injuries and were released. The operator of the 2016 Toyota Prius, a 65-year-old male from East Falmouth, refused treatment and was issued a citation.