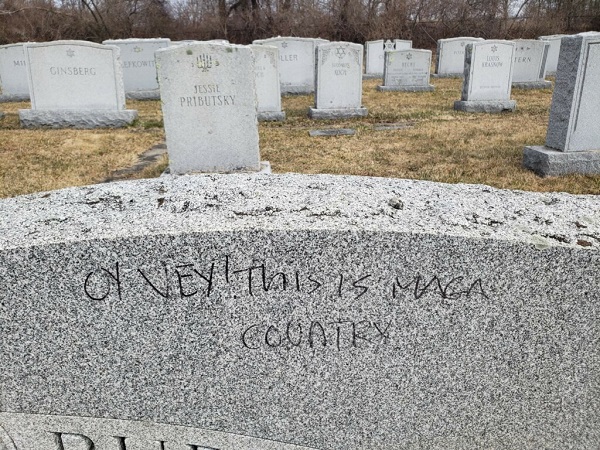 FALL RIVER – The desecration of gravestones in Fall River’s Hebrew Cemetery is disgusting, and anyone of good will, liberal or conservative, should be appalled.

But on social media and elsewhere, some are focusing not so much on the horrific anti-Semitic graffiti, but instead are dwelling on whether or not this is a hoax to cast supporters of President Donald Trump in a bad light.

The trigger point is the “Oy Vey! This is MAGA Country” phrase that was written on at least one tombstone in the cemetery on McMahon Street. That bit of graffiti was still there when I walked through the cemetery yesterday.

For those of you who don’t follow politics, MAGA is shorthand for President Trump’s “Make America Great Again” campaign slogan, which you will often see emblazoned on red baseball caps.

In today’s overheated political environment, MAGA can be a loaded term that for liberals is synonymous with white nationalism, racism and bigotry. Seeing “MAGA” written to deface a Jewish gravestone may not be surprising to those who believe the president’s rhetoric can drive extremists to act out.

For the record, I have often criticized the president for toying with phrases that come across as racist dog whistles, beginning with his willingness to exploit the noxious birther conspiracy for his own political benefit. A president’s words have consequences, for good and bad.

There are some signs that extremism, including anti-Jewish hate crimes, are on the rise. In its 2017 annual report, the Anti-Defamation League documented a 60-percent increase in “the number of anti-Semitic incidents.” That jump, the ADL said, was the largest single-year increase on record.

This past Sunday, just before 1:15 p.m., the Fall River Police Department responded to a report of vandalism at the cemetery. The responding officer, in his initial report, noted anti-Semitic graffiti on several stones and that two gravestones had been knocked over.

The handwriting and style of graffiti makes it seem that it could have been the work of two individuals, but Robinson said today that detectives have not identified any suspects or motives. Their investigation is continuing, and the FBI has offered to federally-charge the suspects with hate crimes.

Robinson said more information, including a complete inventory of defaced gravestones, will be released when the investigation is complete.

Until then, I would caution everyone about jumping to conclusions. We don’t know if the vandalism was committed by Trump-supporting anti-Semites, by teens pulling a stupid prank or by someone trying to make the president and his supporters look bad.

Also, it’s important to remember that anti-Semitism and racism cuts both ways. U.S. Rep. Ilhan Omar, the freshman Democratic congresswoman from Minnesota, has already been criticized for using anti-Semitic tropes in her tweets criticizing America’s support for Israel.

In addition, there have been some instances where individuals have “cried wolf.” Look no further than actor Jussie Smollett of “Empire” fame, who is facing criminal charges in Chicago for allegedly concocting a story that he was attacked in a hate crime. Smollett, who is black and gay, claimed his assailants put a rope around his neck and yelled, “This is MAGA country.”

Also, the national press opened itself up to criticism of being all too eager to latch on to the “MAGA-is-racist” narrative in the way it initially covered a confrontation between a Native American activist and a group of Catholic high school boys from Kentucky who had traveled down to Washington D.C. for the annual March for Life. The initial video clip appeared to show a smug MAGA hat-wearing teen mocking the activist, but further reporting and longer video recordings revealed a much more complicated interaction.

So I can understand why Turtleboy, a popular Massachusetts-based alternative news website, has run stories this week attacking the mainstream media for its coverage of the Fall River cemetery story.

Turtleboy, which has previously broken real news stories, obtained a copy of the initial police report, and noted that the report does not mention “This is MAGA Country.” The website accused media outlets of fabricating that part of the story. When a WBZ reporter pushed back, Turtleboy said the reporter was accusing the Fall River Police Department of lying on the report about the MAGA vandalism.

Having been a police reporter for several years, I can tell you that initial policy incident reports, especially for property crimes like vandalism, tend to not be very long and detailed. The initial report, and a supplemental report, in this case are each just a few paragraphs long.

It is more likely than not that the first responding officers either missed the MAGA graffiti or just failed to mention it in the initial reports. I would expect the final investigative report from the Major Crimes Division to be significantly more inclusive and detailed.

Until then, don’t jump to conclusions either way, but be sure to always condemn anti-Semitism. 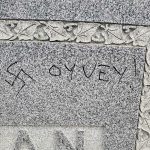 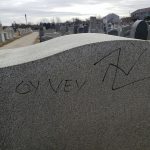 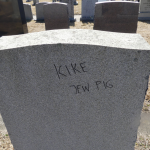 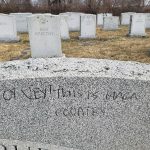