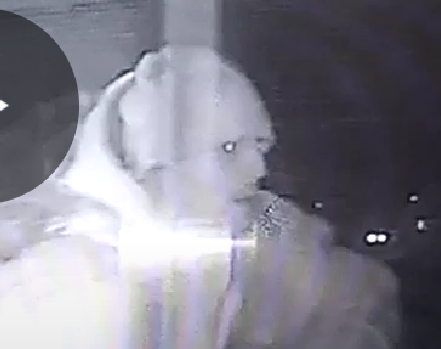 According to Detective John Robinson, since March 15, 2020, Fall River Police have been investigating business breaks that have continued throughout the week during the early morning hours. Robinson stated that to this date, a total of nine business breaks have occurred in both the north and south end of the City. The businesses targeted are small convenience stores and restaurants. Investigators have learned that the suspect(s) have used stolen motor vehicles to commit the crimes. Last evening two breaks occurred and investigators were able to determine that the vehicle used was a work van. One of those break-ins last night was at Big Bazaar Indian Grocery.

Uniform Patrol and Major Crimes Detectives searched for the suspect vehicle in last night’s break-in that was later observed traveling north on Route 24. Fall River Police, with the assistance of Massachusetts State Police, attempted to stop the van at a red light on Exit 8. Fall River Police Officers exited their cruisers, with firearms drawn, to engage the suspect(s) however, the van accelerated. A Fall River Officer who was located between his police cruiser and the fleeing vehicle, attempted to break the driver’s side window with his firearm, causing his firearm to accidentally discharge. The van later fled south on North Main Street and was subsequently located in the south end of the City. At this time the investigation shows no indications that anyone was shot as a result of the incident.

A photograph of the suspect(s) from video surveillance footage depicts the male(s) while in the business. Investigators are asking for the public’s assistance in identifying the person(s) and to call the Major Crimes Division, Detective Luis Vertentes or the Fall River Police Tip Line at 508-672-TIPS (8477). A cash reward is being offered for information leading to the identity and prosecution of the suspect.

The Fall River Police Major Crimes Division along with the Uniform Division are continuing to investigate the breaks. The Office of Professional Standards Division will be conducting an independent investigation into the discharge of the firearm.