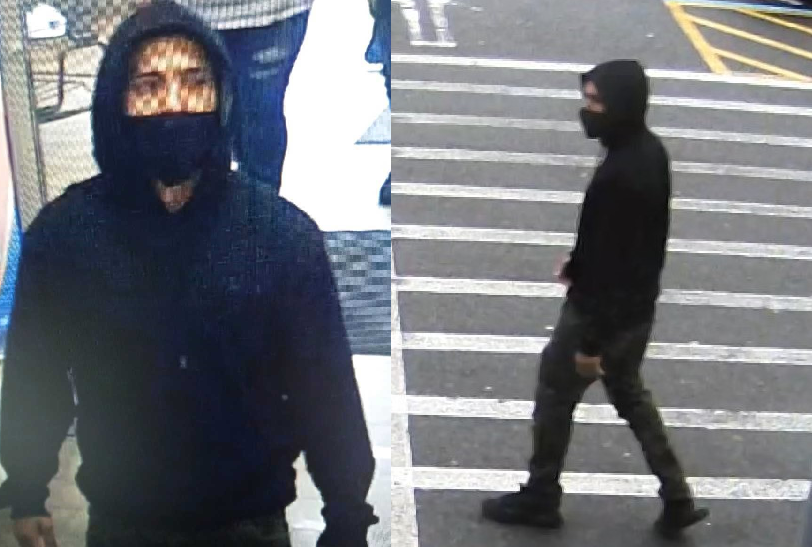 Fall River Police are investigating after a woman had her purse stolen at a city business.

According to Captain Barden Castro, on May 31st at approximately 1:52 p.m., Fall River Police Uniform Division responded to Walmart, 638 Quequechan Street, and investigated a purse snatching.

Police were able to determine that a male suspect wearing a black hooded sweatshirt, black mask, camouflage pants, and black sneakers followed a 76-year-old woman from Walmart to her motor vehicle.

The apparent male suspect watched as the victim placed various items into the trunk of her vehicle, which included her purse, and then watched her enter her car. The suspect then slithered behind the victim’s car, opened her trunk, removed her purse, and fled. When the victim realized what was taking place, she attempted to follow the suspect, but lost sight of him.

The Fall River Police Department is asking for the publics’ help in identifying the suspect. Anyone with information relative to this incident is asked to contact Detective Luis Vertentes of the Major Crimes Division at (508) 324-2796 ext. 260.