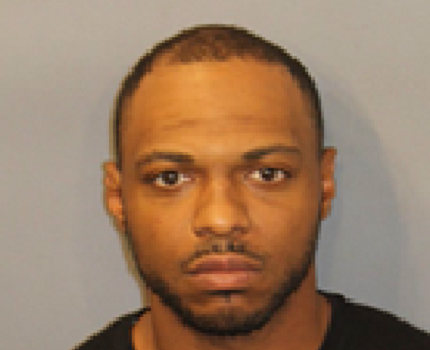 According to Quincy Police, on July 30, 2020 at approximately 3:10 a.m., officers were dispatched to the Holiday Inn located at 1 Arlington Street on a report of possible gun shots. Police state that the reporting party called back and confirmed that a person had been shot on the second floor of the hotel. Officers arrived on scene and located a 31-year-old male, in the hallway, suffering from a gunshot wound to his knee.

The victim was transported to Boston Medical Center by Brewster Ambulance for treatment.

Detective Paul McGuire, observed Clay inside of Supreme Gas, which is located at 19 Laurel Street. Detectives approached Clay inside of the building and placed him under arrest without incident.

During the arrest, a large amount of ecstasy and a small amount of suspected crack cocaine was located on Clay’s person. Clay was formally booked at the Fall River Police Station and later transported to the Quincy Police Department.

Quincy Police state that Clay was identified through surveillance photos and was wanted on a warrant concerning the shooting.

Cleveland will be summoned in the immediate future for the narcotic charges.

Clay was previously sentenced to prison on motor vehicle and firearm charges after crashing into Fall River Police cruisers and fleeing through Westport and Swansea in 2012 when FRPD tried arresting him on a warrant.