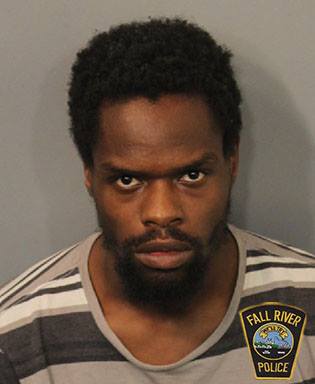 On Tuesday August 29, 2017 at approximately 7:30PM, Officers Brandon Stukus and Paul McGuire members of a newly formed impact patrol task force were on proactive patrol in the area of Snell Street and Plymouth Avenue.

Officers Stukus and McGuire observed a brown Buick LeSabre being operated at an excessive speed in the thickly settled area. A motor vehicle stop was conducted and the driver was identified as Gianni CARTER-JOYNER. It was discovered that CARTER-JOYNER’s license status was suspended.

Upon inventorying the vehicle prior to towing, a 15 round handgun magazine containing 10 rounds of .40 caliber ammunition and a Glock .40 caliber pistol barrel were discovered inside the vehicle.

CARTER-JOYNER was taken into custody and charged with Operating a Motor Vehicle with a Suspended License, Possession of Ammunition without an FID Card Subsequent Offense, Unlawful Possession of a Large Capacity Feeding Device, No Inspection Sticker, Speeding, Firearm Violation with 1 Prior Violent/Drug Crime.