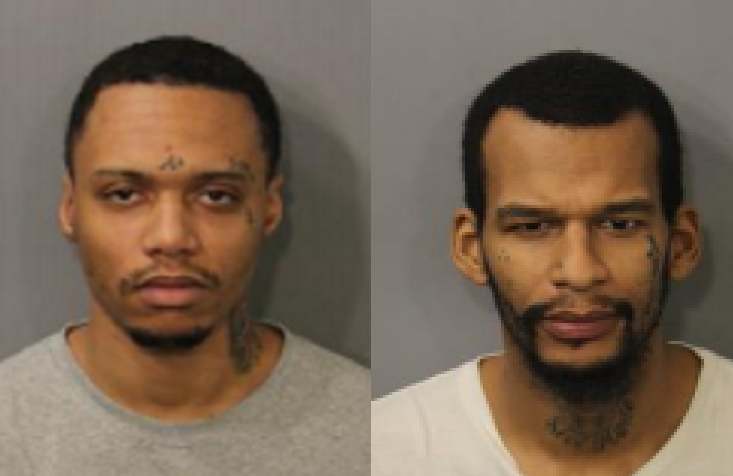 Two city residents have been arrested in two separate shootings.

According to Captain Jay Huard, on Sunday November 8, 2020, two shootings occurred in the City of Fall River and the follow up investigations had been assigned to the Major Crimes Division.

“Since that period, investigators have worked tirelessly to solve these violent crimes. It is believed that the aforementioned shootings were both gang related.”

The first shooting happened at 9:04 p.m. in the area of County Street and Lafayette Street. During that preliminary investigation, officers were able to locate spent 9mm casings. The first floor landing of a residence in the area and a nearby parked auto sustained damage from the gunfire. No persons were injured as a result of this shooting.

At 9:11 p.m. a second shooting occurred at the intersection of Pine Street and Tremont Street. Officers canvassed the area and located 9mm casings and black extended firearm magazine. Three area residences sustained damage from the gunfire. No persons were injured as a result of this shooting.

Huard stated that during the last week, Major Crimes Detectives arrested two individuals that they believe are responsible for both gang related shootings.

23-year-old Malik Staten with a last known address on Fountain Street, has been charged with Two counts of Possession of a large capacity firearm, Two counts of Carrying a loaded firearm in public, Two counts Wanton destruction of property over $1,200, and Two counts Discharge firearm within 500 feet of a dwelling.

Police Chief Jeffrey Cardoza commented, “I want to recognize the outstanding police work done by all the officers that were involved in these investigations. I commend the collaborative effort by Detectives from the Major Crimes Division and Crime Scene Unit, Officers from the Uniform Division, and the Gang Unit. Six months or six days, these cases will continue to remain our top priority”.