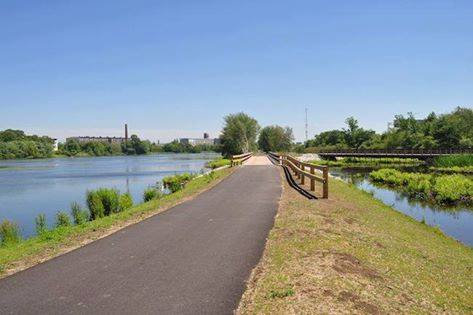 BOSTON – The Massachusetts Department of Transportation is announcing the award of $5,318,845.57 in the fifth round of funding from the Baker-Polito Administration’s Shared Winter Streets and Spaces program. The program, which was launched on November 10, provides technical and funding assistance to help Massachusetts cities and towns conceive, design, and implement tactical changes to curbs, streets, and parking areas in support of public health, safe mobility, and renewed commerce, with a special focus on the challenges of winter.

The awards made today will provide funding to 36 municipalities and two public transit authorities for 40 projects. Of the awarded municipalities, 50% are designated Environmental Justice communities and 18% are considered high-risk for Covid infections. A total of 58% of today’s winners have never received a Shared Streets and Spaces award before.

Since the inception of the program in June of 2020, the Commonwealth has invested $26.4 million in municipal Shared Streets projects.

The Shared Winter Streets and Spaces program provides grants as small as $5,000 and as large as $500,000 for municipalities and transit authorities quickly launch changes for safer walking, biking, public transit, recreation, commerce, and civic activities. These improvements can be intentionally temporary or can be pilots of potentially permanent changes. MassDOT is particularly focused on projects that respond to the current public health crisis and provide safe mobility for children, for elders, to public transportation, and to open space and parks.

The list of cities and towns awarded Shared Winter Streets and Spaces grants in this funding round are:

Acton received $285,730.36 to create new connections to the Nathaniel Allen Recreation Area and the Bruce Freeman Rail Trail by building a sidewalk on the north side of Harris Street connecting the new North Acton Fire Station to the existing sidewalk on Main Street.

Ashland received $300,000.00 to improve 1,175 linear feet of sidewalk adjacent to shops, restaurants, the Public Library, and the Farmers Market.

Barnstable received $245,000.00 to install planters, lighting, benches, and concrete barriers to create a safe and expanded pedestrian walkway along Main Street to the Hyannis Harbor.

Chelsea received $148,500.00 to implement new bicycle- and pedestrian-oriented roadway treatments along Division Street and Winnisimmet Street, as well as the deployment of mobile barriers at Winnisimmet Street to block vehicular traffic during community events.

Hanson received $176,624.00 to install three new ADA-compliant crosswalks with flashing safety beacons along the route between the Middle School and the Elementary School.

Holyoke received $72,000 to purchase three new bikeshare stations, to add to the current nine stations, through the ValleyBike program.

Ipswich received $157,850.00 to repurpose a parking lot into a year-round riverfront outdoor dining and gathering space, to include crosswalk improvements, new lighting, bike racks, and wayfinding to support downtown commerce.

Malden received $102,009.60 to repurpose curb space and narrow vehicle travel lanes in order to install a two-way separated bike facility along the northwest side of Willow Street, as well as install crosswalk upgrades, flashing safety beacons, and a median island.

Marlborough received $178,700.44 to construct an on-road extension of the Assabet River Rail Trail to Main Street in Marlborough.

The MBTA, in partnership with the Town of Brookline, received $387,301.00 to install dedicated bus lanes and transit signal priority equipment in the Gateway East, as well as an area for outdoor dining. Pending consensus on final design.

Norfolk received $32,775.50 to install benches at Town Hill and detectable warning surfaces throughout the heart of Norfolk’s pedestrian network.

Pittsfield received $162,880.82 to create two quick-installation parklets to be available to local businesses and restaurants and buffered bike lanes on both sides of the street along a 0.7 mile long corridor.

Quincy received $114,735.56 to reconstruct pedestrian facilities, including ramps, and improve traffic signals adjacent to both low-income and senior housing developments.

Rockport received $86,990.00 to create ADA-accessible outdoor dining for businesses in and around Dock Square, to include new signage and traffic calming.

Sherborn received $36,000.00 to install a flashing safety beacon and temporary traffic calming island to provide safe access to playing fields and hiking and biking trails ahead of a major road paving project.

Sterling received $170,000 to realign a roadway to create a new safe public gathering and implement new pedestrian and bicycle facilities to make key connections to open space and parks.

Sturbridge received $32,000 to install a new sidewalk to connect Tantasqua Regional Junior High School to Brookfield Road, providing safe passage not only for students but for members of the public who use both the school building and bike trails behind the school.