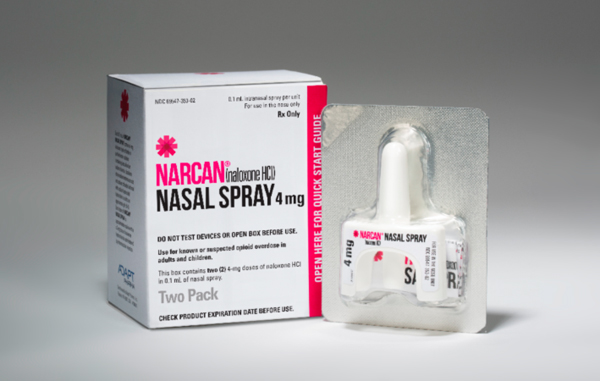 BROCKTON – Thirty-three local police and fire departments across Massachusetts will have access to the lifesaving opioid overdose reversal drug, naloxone, following a third round of funding from the Baker-Polito Administration. At an event in Brockton today, Governor Baker announced $940,000 in funding to help first responders in communities hit hardest by the opioid epidemic purchase naloxone and related medical supplies and to cover the costs of training on overdose response.

“Our Administration is committed to providing lifesaving resources, like narcan, to our communities to stem the tide of opioid-related overdose deaths in Massachusetts,” said Governor Baker. “While much more work remains to be done, the hard work of Massachusetts’ first responders and our comprehensive approach to addressing the opioid epidemic has led to a slight reduction in overdose deaths.”

Governor Baker has proposed a second major legislative effort to address the opioid crisis that is currently before the Legislature. The CARE Act, which is currently under review, proposes the creation of a statewide standing order for naloxone, increases access to treatment and recovery services including expanding the use of recovery coaches, and strengthens the state’s opioid education and prevention strategies.
“Our police and fire departments are often first on the scene of an overdose and it is critical that they have access to the medication they need to save someone’s life,” said Lt. Governor Polito. “We are proud to partner with these 33 cities and towns and support them as they continue to make a difference in their communities every day.”

The First Responder Naloxone grants, which are funded by the Department of Public Health’s (DPH) Bureau of Substance Addiction Services, range from $5,000 to $50,000 based on the population of each city and town.

“We can save more lives and provide opportunities for treatment and recovery with broad distribution and access to naloxone which is a key strategy of the Commonwealth’s response to the opioid epidemic,” said Health and Human Services Secretary Marylou Sudders. “In addition to overdose rescue training and purchasing naloxone, communities may use the funding to promote the state’s Good Samaritan Law which encourages anyone who witnesses an overdose to seek help from professionals by providing the caller, and the person who overdosed, protection from arrest and prosecution for drug possession.”

The latest DPH quarterly report found that opioid-related overdose deaths declined by an estimated 5 percent over the first three months of 2018 compared to the first three months of 2017, according to preliminary data. The report also found that the total number of estimated and confirmed opioid-related deaths declined 6 percent from 2017 to 2016. However, nonfatal overdoses continue to rise. DPH’s Chapter 55 report found that between 2011 and 2015 nonfatal overdoses increased by about 200 percent.

Since December 2015, the state Office of Pharmacy Services has been making naloxone available to cities and towns at a discounted rate through what is known as the Municipal Naloxone Bulk Purchasing Program. More than 200 police and fire departments and 45 other municipal customers, including K-12 schools, colleges and universities, state police, and boards of health have made purchases through the program.

“Naloxone saves lives and that’s why these grants and the state’s bulk purchasing program are so critically important,’’ said Department of Public Health Commissioner Monica Bharel, MD, MPH. “In addition, DPH’s Opioid Overdose Education and Naloxone Distribution program has trained more than 37,000 individuals since 2015 on how to use naloxone.”

“All Brockton first responders: Fire, Police, and EMS, have been carrying Naloxone since 2014. Last year, the City of Brockton responded to 759 overdose calls where first responders administered life-saving Naloxone 447 times,” said Brockton Mayor Bill Carpenter. “Despite these heroic efforts, Brockton Fire and Police responded to 31 fatal overdoses during 2017. The funding provided by the First Responder Naloxone grant is critical in supporting our ongoing efforts to save lives.”

In FY17, the Baker-Polito Administration invested more than $3.87 million to improve access to naloxone throughout the Commonwealth. Since the First Responder Naloxone grant program began in 2015, more than 7,400 overdose rescues by first responders have been reported to DPH.

“We are grateful to the Governor and his administration for their continued efforts to get us the resources we need to continue helping people and saving lives,” said Fall River Police Chief Al Dupere. “Without this support, there is no doubt many more lives would be lost.”

“The Fall River Fire Department has been administering Narcan on the front line since October 2014. Since that initial dose, we have administered hundreds each year, resulting in saving countless mothers, fathers, sons, daughters, grandchildren, aunts, uncles and friends lives,” said Fall River Fire Chief John D. Lynch. “Without aid from the state this would have drained funds from lean municipal resources.”

“This funding affords our first responders a lifesaving tool and those suffering from this disease a second chance towards recovery and their families hope,” said New Bedford Police Chief Joseph Cordeiro. “Ultimately this is a critical component in responding to the opioid crisis.”

“The City of Taunton has been especially hard hit by the opiate crisis. Despite the challenges, we as a community have come together to form partnerships designed to address prevention, addiction and treatment,” said Taunton Police Chief Ed Walsh. “Through these partnerships we work every day to support families and hopefully save lives that would otherwise be lost. We are grateful for the support that the Baker-Polito Administration has shown in confronting the opiate crisis in our community and their continuing support of our efforts.”

Since 2015, the Baker-Polito Administration has doubled spending to address the opioid crisis and increased capacity by more than 1,200 treatment beds, including 768 adult substance use treatment beds at different treatment levels, and certified 2,242 beds at 168 Sober Homes. In addition, the Administration is investing $219 million over five years from the federally approved 1115 Medicaid waiver to meet the needs of individuals with addictions and/or co-occurring disorders.
For more information on the Commonwealth’s response to the opioid epidemic as well as links to the latest data, visit www.mass.gov/opioidresponse. To get help for a substance use disorder, visit www.helplinema.org, or call the Massachusetts Substance Use Helpline at (800) 327-5050.