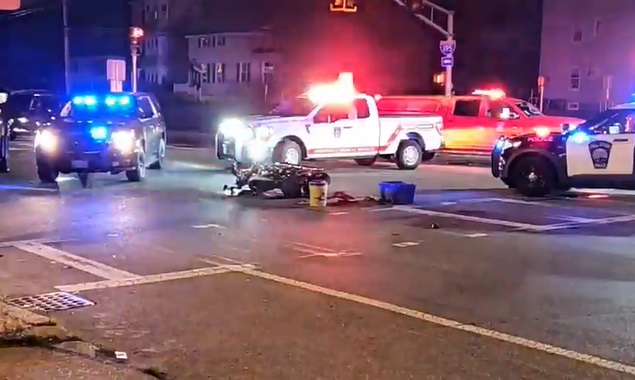 A Fall River woman has begun her long road to recovery after being involved in a serious motorcycle crash.

In mid-August, Fall River Police and EMS responded to the intersection of Brayton Avenue and Jefferson Street for a collision between a vehicle and a motorcycle.

Upon arrival, witnesses reported that a gray Chrysler sedan failed to yield at the red turn signal, as it attempted to turn north onto Jefferson Street. As the Chrysler sedan turned north, a Harley Davidson motorcycle which was traveling west on Brayton Avenue collided with the passenger side propelling the operator forward and onto the roadway.

Police confirmed that the operator of the Harley Davidson had the right of way at the time of the collision. She was transported to Rhode Island Hospital with serious but non-life-threatening injuries.

The operator of the Chrysler sedan was transported to Saint Anne’s hospital with minor injuries. She was cited at the scene for operating without a license and failure to yield.

According to her sister Holly, 40-year-old Heather Green sustained multiple injuries, including a shattered pelvis, a broken wrist, fractured ribs, vaginal lacerations and a ruptured bladder. Since her surgery, she has been moved to a physical therapy nursing home in Rhode Island, where she will stay for at least the next 12 weeks.

“Heather’s journey to wellness and normalcy has just begun. Presently she cannot walk and is reliant on her nurses and caretakers. Once she can bear weight on her wrist, she will be bound to a wheelchair while undergoing physical therapy to regain strength in her legs. Her life has been put on hold, and since she lives on the 3rd floor, it is unclear when she will be able to return home to her longtime boyfriend, Paulie.”

A GoFundMe fundraiser was created on Friday and had raised $1,000 as of this writing.