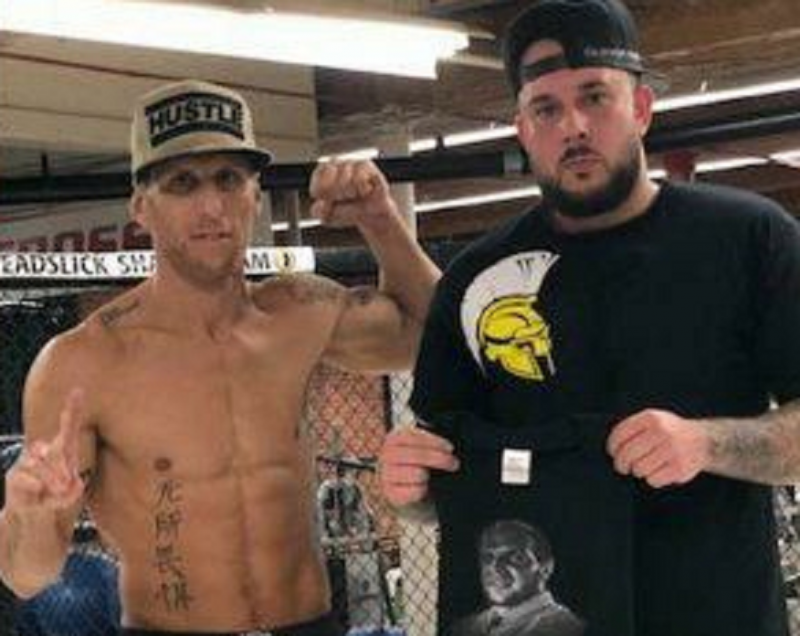 Despite the tragedy of recently losing his brother, Brandon Rose vows to fight on in his upcoming MMA bout. In fact, he will be looking to honor his brother while making a difference in the process.

Rose, who trains out of Pro Fitness in Fall River and is a Durfee graduate, recently experienced tragedy as he lost his brother, and biggest supporter, Jesse unexpectedly on March 2nd. To add to his pain, shortly after his death,  Jesse’s apartment was broken into. Taken were Jesse’s hat collection, Jordan sneakers, drills, a red G Shock watch and a TV. Rose is hoping that the items are returned for the sake of a grieving family and also wants his brother to be remembered. “My brother Jesse Rose was always proud to be from Fall River. His favorite quote was ” Think Positive and Positive things will happen.”

Rose  is scheduled to fight on St. Patricks Day at the Big E in Springfield, Massachusetts in what he has described as the toughest bout of his life. In honor of his brother and the city he loved, Rose is donating his portion of ticket sales to the children of Fall River and he is reaching out for help from the community. “I will need everyone’s support. In Jesse’s name I will be donating my 15 Percent of ticket sales from my MMA fight to kids in need from Fall River. I will be looking for some kids who lack confidence and would like some new Jordan sneakers or kids who play sports and need equipment. My challenge is to you Fall River family. Let’s buy all of the tickets I have and help as many kids as possible. The more tickets that get sold, the more we will be able to help kids. Please call me with any questions and come support Fall River in a positive way as Jesse Rose wanted and told me we could.”

If you would like to contact Brandon about ordering tickets or where he can donate the proceeds, contact him at (774) 309-0715 or message him on Facebook. Tickets can also be purchased online here: MMA Fight