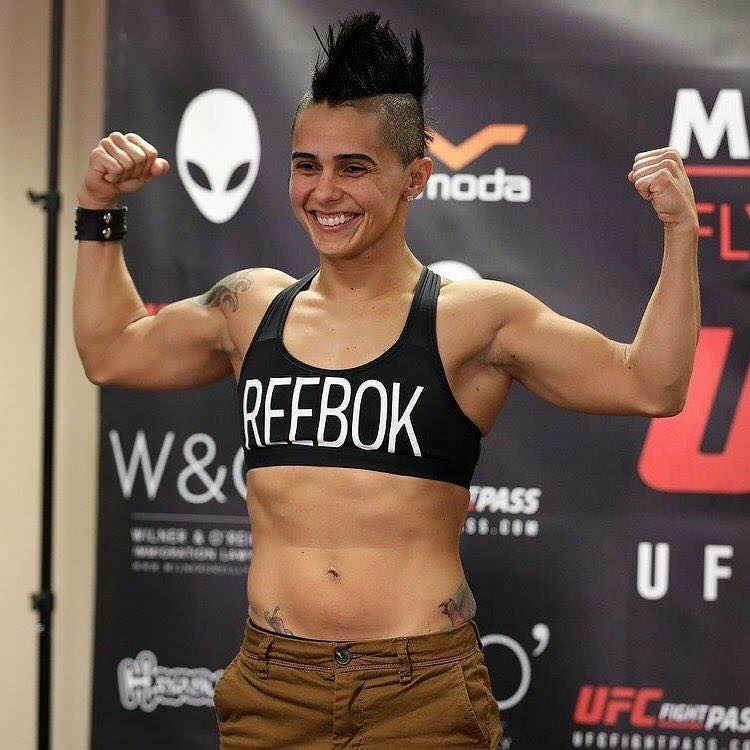 Fan favorite Kaline Medeiros is coming home to fight in front of her hometown crowd.

Medeiros, who is under contract with Invictica, is looking for her ninth win as she is set to fight under CES this week.

Medeiros, who fights as a Flyweight and Strawweight, is set to take on Jenna Serio of Brooklyn New York at CES 49 on Friday April 6 at Twin River Casino in Lincoln, Rhode Island at 7 p.m.. The card will be televised live on AXS TV.

The 39 year old Medeiros, who resides in Fall River, is ready to put on a show and give the locals a win. “It’s been a long time since I fought at home. I’m so happy and excited to bring a great fight Friday night and celebrate my win with family, friends, and fans after.”

Two championship fights are also on the card as Nate “The Snake” Andrews of East Providence, RI is set to take on Chris “Taco” Padilla of Gardena, CA for the CES MMA Lightweight Championship and Chris Curtis of Cincinnati, OH is facing Jason Norwood of Moorestown, NJ for the Welterweight crown. Fall River light heavyweight Yorgan Decastro was scheduled to also fight on this card, but sustained an injury and will not compete.

To order tickets, hit the link CES MMA 49 then select Kaline as your fighter, then select your tickets.