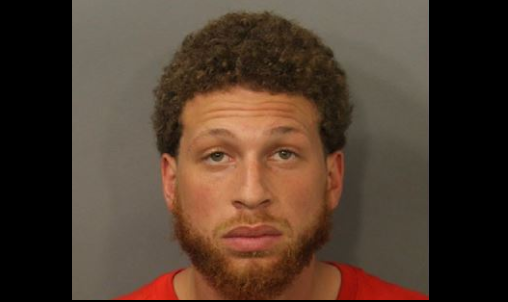 FRPD captured a suspect on several firearm charges along with a drug charge after an incident last week.

According to Fall River Police, on Friday September 27th, 2019 uniformed Officers Zachary Vorce, Kevin Bshara, Michael Morin, Chris Rocha, Frederick Mello, and Sgt. Manuel Bernardo of the Fall River Police Departments Uniform Division, along with Detective Jeffrey Autote and K9 Roxy of the Major Crimes Division were dispatched to the area of Tremont Street on report of a male brandishing a gun. On arrival, Officer Vorce was told that a female could be heard yelling “so you’re going to wave a gun at me”. Witnesses told Officer Vorce that the male tucked an object into his waistband and left the area. The male was described as a light-skinned black male with red hair and a red beard, wearing a red hooded sweatshirt, black skinny jeans, a red hat, and purple, yellow, red, and white multi-colored sneakers.

As the area was being searched, Vorce observed a male matching the description walking between houses in the Tremont, Robeson, Pine Street complex. After a short cat and mouse sequence, Officers were able to locate and detain the male in another Tremont Street apartment with the help of civilians. Once detained, Officer Bshara located (21.9 grams of) Crack Cocaine hidden in the male’s pants. He was then taken into custody. A search of the path taken was performed. During that search, an apartment the male had entered into was checked. Located stuffed under a futon, Officers located a sock with a 5 shot revolver inside. 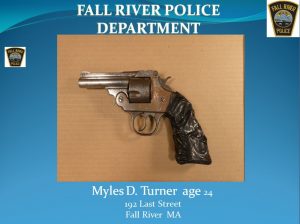