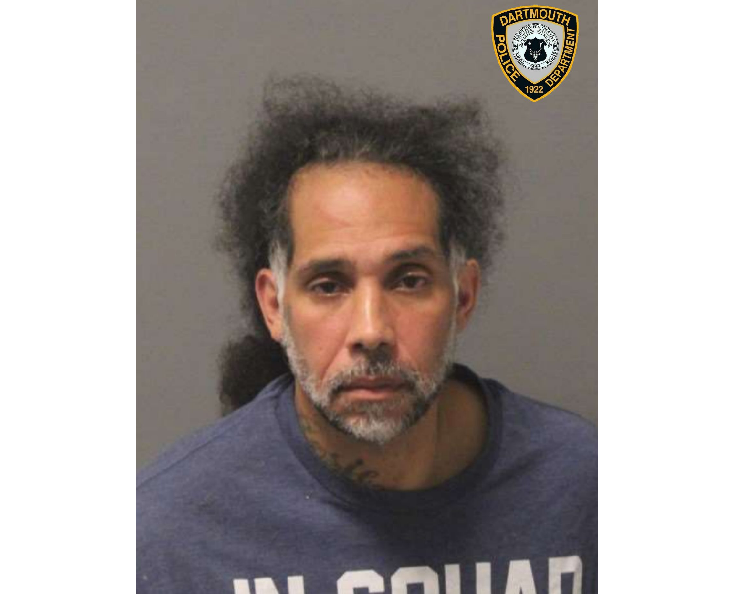 Dartmouth, MA – On Thursday, September 17, 2020 at approximately 11:00 p.m., members of the Dartmouth Police Department were dispatched to a residence on Bakerville Road, after receiving a call from the resident reporting that someone had allegedly broken into their home.

According to Dartmouth Police and information provided by the homeowner, the owners were awoken by a loud noise. While investigating the origin of the noise, they discovered that an unidentified male had entered their home through a window. Upon confronting the man, he fled the residence on foot.

Upon their arrival, Officers Jared White and Kyle Berube conducted a search of the area with Officer White’s K-9 partner, during which time they located the male suspect hiding in the wood line abutting the property.

Subsequent to being located, the man, later identified as Roman Adnell, 44, of Fall River, was placed under arrest and charged with unarmed burglary and vandalism.

Further investigation determined that prior to entering the residence through the window, Adnell had attempted to gain entry by hitting the front door with a large rock.