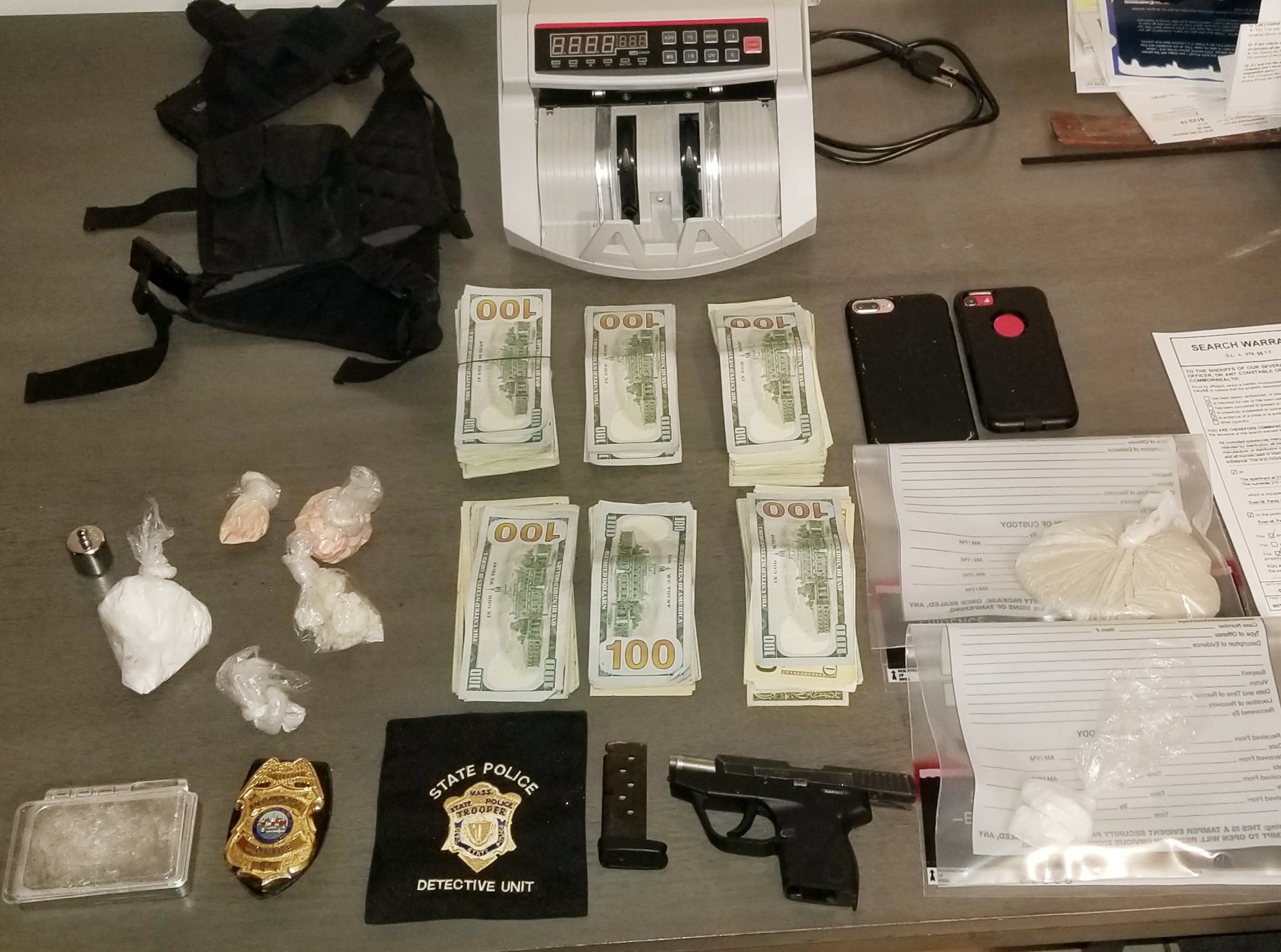 A Fall River man has been arrested after a recent drug investigation.

According to Dave Procopio of the Massachusetts State Police, in early February, the Bristol County State Police Narcotics Task Force and the Newport, R.I., Police Department initiated a joint investigation into an illegal cocaine delivery service operating in Fall River and Rhode Island. The primary target of the investigation was Evan Perez, 30, a Fall River man on parole for an armed robbery he committed in Rhode Island in 2011. Perez was believed to be storing cocaine and crack cocaine for distribution inside the apartment he shared with his girlfriend.

On February 18, Trooper from the Massachusetts State Police Special Tactical Operations Team made entry into the apartment, pursuant to a warrant, after knocking and announcing their presence. Troopers observed Perez on top of a stairwell when they entered the apartment. He disappeared from view momentarily and investigators believe at that point he tossed a firearm into the bedroom of a juvenile living in the household. Troopers quickly took Perez into custody.

During the search of the apartment, task force officers recovered a loaded Taurus handgun with a defaced serial number on the floor of the juvenile’s bedroom. They also seized more than 100 grams of cocaine and crack cocaine, more than 50 grams of suspected fentanyl in the form of pressed orange pills, and more than $8,000 in U.S. currency.

Perez was charged with various firearms offenses, as well as trafficking cocaine and trafficking fentanyl. He was arraigned in Fall River District Court late last week and is being held pending a dangerousness hearing.