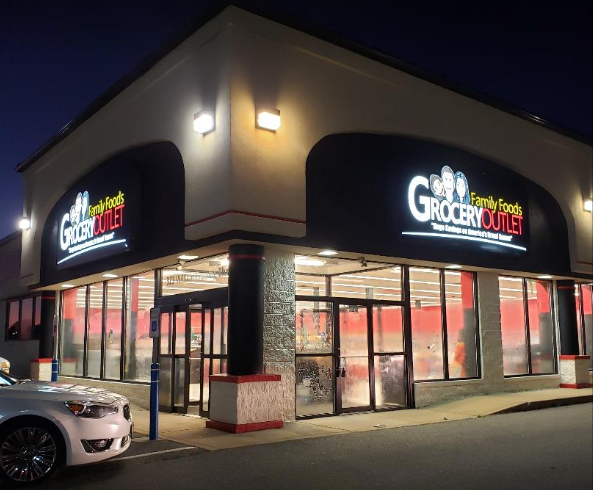 A Fall River grocer has reportedly been closed for the day after a visit by the Massachusetts Labor Board.

Mike St. Pierre, owner of Family Foods Grocery Outlet at 323 William S. Canning Blvd, stated today that his business will be closed today due to “ongoing harassment from the Massachusetts Labor Board.”

St. Pierre also stated that the business will be filing a lawsuit against the state for “intimidation of employees and harassment which caused the closure of a local business.”

We contacted St. Pierre and he says he closed the business voluntarily.

Back in November, St. Pierre stated that his business was fined $500 for employees not wearing masks, which he disputed. He posted a picture of the violation he received with some comments concerning his thoughts on the fine.

“Thanks for the toilet paper city of Fall River.”

“Handing out Covid fines like dictators. You’re bull**** order is unconstitutional. We’ll see you in court, you can bank on that! Illegally attacking businesses that pay your taxes. Genius! Shame I wasn’t here to speak with the arrogant tough guy speaking down to my employees with masks on. Who the hell says ” You guys better cut the s***” you pencil pushing State guinea pig. Shut us down if you think you’re smart… Bunch of scumbags!”

Fall River Reporter contacted St. Pierre at the time to get more details concerning the fine.

“Employees/ Cashiers wear masks all day long. They said they watched outside a few days ago and 3 employees weren’t wearing masks which was most likely me putting out frozen food. Even though I stay away from customers as I do so every Monday.”

St Pierre stated previously that he is confident in Family Foods Grocery Outlet’s safety protocols during the pandemic.