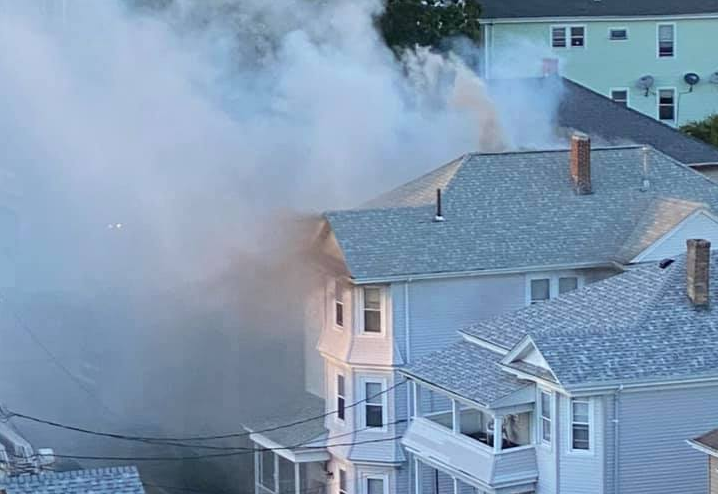 Fall River Firefighters responded to an explosion Tuesday evening in the city.

A call came in from Fall River Police at approximately 6:48 p.m. for fire and smoke showing from 144 Irving Street.

While firefighters were on their way to the fire scene, an explosion was reported.

According to District Fire Chief Kevin Blythe, the fire was located in the area of a trash trailer where several chemicals were possibly being stored.

The fire in the trailer went up the side of the home to about 3/4 high where much of the siding melted due to the heat.

Blythe stated that approximately $100,000 worth of damage occurred to the home, however, most of it was contained to the exterior of the property.

No injuries were reported, however, according to the Red Cross, 8 adults and five children have been displaced.

The State Fire Marshall is currently investigating the cause of the blaze.