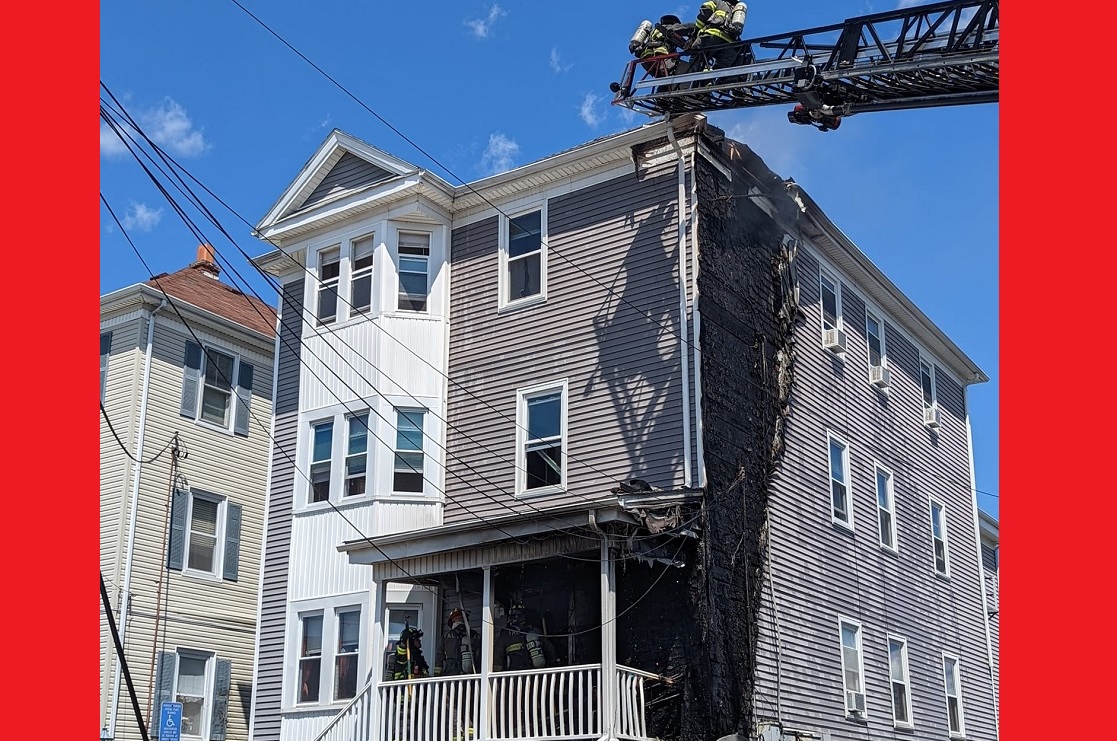 Upon arrival, firefighters encountered flames from the first floor which shot up to the third floor.

According to District Fire Chief Jennings, the blaze was mainly an exterior fire, however some damage occurred inside the home, particular on the upper level.

No injuries were reported, and the count of displaced individuals was unclear shortly after the flames were doused.

The cause of the fire is under investigation.