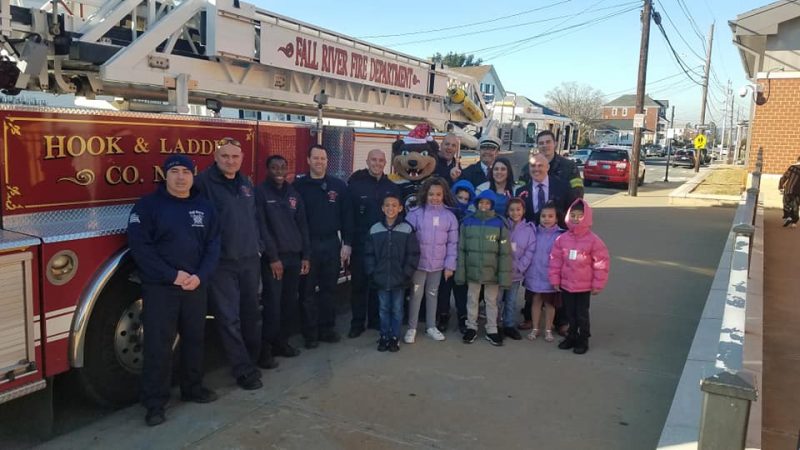 The Christmas and holiday season is a time where we give of ourselves to others. It is also a time where it is pretty cold out in the northeast. Fall River firefighters combined the two to make a warm delivery to Fall River students.

With the help of donations and some generosity of their own, IAFF Local 1314 delivered a few hundred coats to both Viveiros and Greene Schools just in time for Christmas through their annual Operation Warm Coat Drive. Union President Jason Burns stated that this is the first time in the four years of the drive that they have been able to hand deliver coats before December 25th. That’s a good thing as although Friday was warm, we have already seen days with wind chills in the single digits.

This year, the coat drive has raised approximately $5,500 dollars through checks, cash donations, and a website. The drive also received some help from the Boston Bruins mascot Blades.

The drive is a yearly highlight for Burns who appreciated the efforts of all involved.

“So grateful and thankful for everyone’s support of this wonderful program. So many of you gave and gave generously. I couldn’t thank you enough.”

“Special thanks to all of the members of IAFF L-1314 Fall River Firefighters who not only stepped up in a huge way this year with financial donations, but once again spent hours organizing and signing names into the coats. Great group of firefighters who always go above and beyond.”

“I truly love this Operation Warm program and it is my honor and privilege to take part in giving back to a community that has given so much to me.”

The drive has donated 1600 coats in four years.

In a touching moment to show the impact that the coat drive has had, District Chief Jeff Bacon shared a story that occurred at the coat delivery at Greene school. A teacher walked in with 3 young boys. Two of them had some nice coats on. One of them had a coat which needed to be replaced. The teacher discreetly asked if there were any coats left. Firefighters dug into the box and found a size which would work for the young boy. The child’s eyes were as big as basketballs staring at the firefighters and as the coat was put on him, his face just lit up. He put his head down for a second to look at his new coat, lifted his head, and very quietly and politely said thanks. As he said thanks, his teacher nearly jumped out of her shoes and she turned to the firefighters and with a tear in her eyes explained that the child was non-verbal.

Operation Warm is still taking donations through January, but since we are already in the cold winter months, the sooner donations come in, the faster a child can receive a warm winter coat. 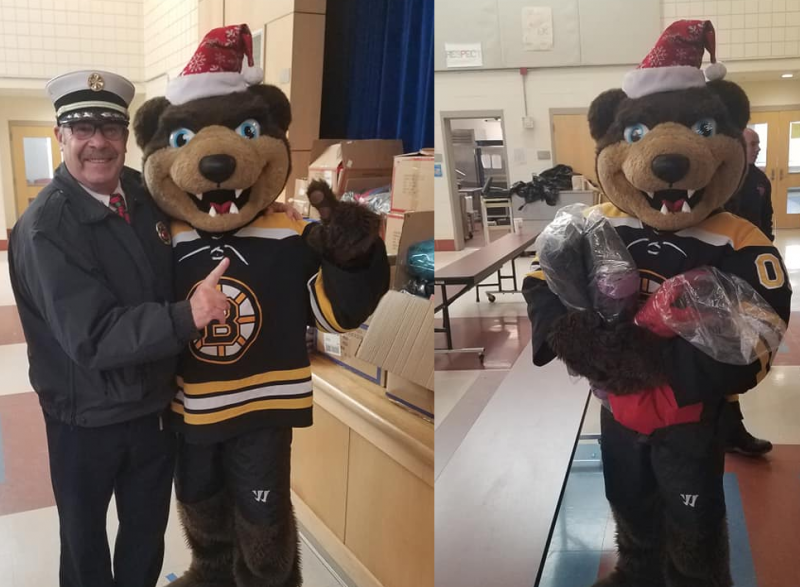