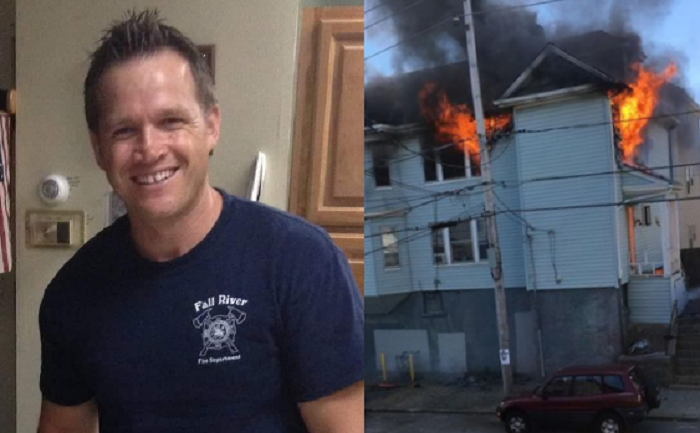 A Fall River Firefighter has been chosen by The Department of Fire Services Committee to be one of the recipients of the 2018 Firefighter of the Year Award.

According to Chief John Lynch, Jason Campbell is receiving the award for his actions at the 179 East Main Structure fire on June 26th of this year.

Campbell was called to the house by Building Inspector Glenn Hathaway to assist in a complaint of violations, including faulty smoke alarms. While he was inspecting the third floor with the tenant, a fire broke out from the stairwell that was leading to the attic. Campbell quickly evacuated the tenant out of the structure. It was discovered, however, that the tenant’s brother was still inside the building. Despite the danger, Campbell raced back into the building to the floor where the fire was taking place and led the brother to safety. Campbell then proceeded to go to the second floor to warn a tenant and Inspector Todd Young of the fire on the above floor. Both were unaware due to non-working smoking alarms. Jason then transmitted a timely alarm via portable radio.

The award ceremony is scheduled to take place on Tuesday November 20th at 10:00 a.m. in Worcester at Mechanics Hall. Governor Baker is one of several dignitaries scheduled to appear. WCVB-TV anchor Maria Stephanos will emcee the event.

Chief John Lynch is deservedly proud of Campbell. “The right man was in the right place at the right time and his actions averted probable tragedy.” Well done Jason. Congratulations.”