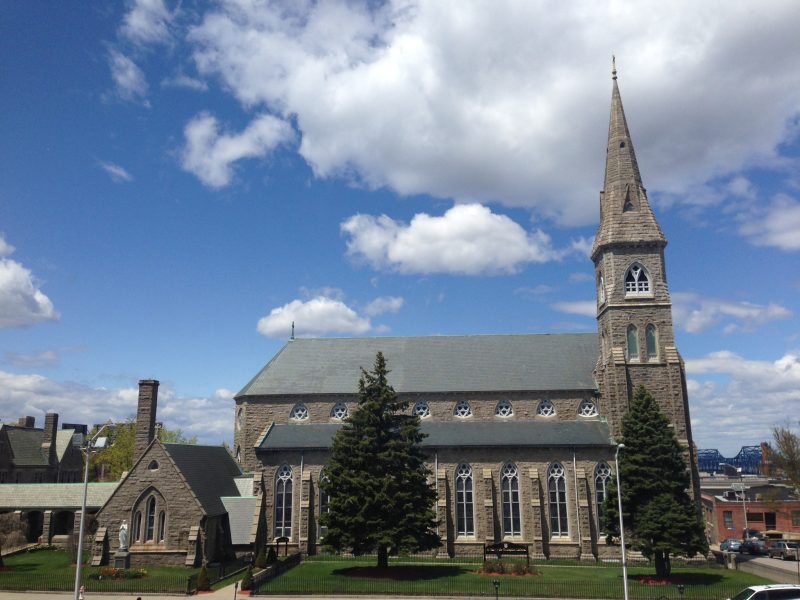 FALL RIVER, Mass. (Jan. 7, 2021) – Today, Bishop Edgar M. da Cunha, S.D.V., announced that the Diocese of Fall River has published a list of 75 clergy who have been credibly or publicly accused of sexual abuse of a minor.

“As I pray for a spirit of healing and reconciliation, I know that we cannot move on without an honest accounting of the past,” said Bishop da Cunha. “As your bishop, I am deeply and profoundly sorry for the abuse that was perpetrated by priests within this diocese and have recommitted myself to doing everything in my power to ensure this never happens again.”

Of the 650 priests who have served as a Fall River Diocesan priest since the Diocese’s founding in 1904, a total of 44 have been credibly accused of sexual abuse of a minor. Other individuals named on the credibly accused list were either members of a religious order or belonged to another diocese. This intensive review revealed that:

∙ Most of the allegations involve conduct that occurred from the 1960s-1980s. ∙ Twenty-eight of the 44 Fall River Diocesan priests who have been credibly accused are now deceased.

∙ There are seven religious order priests or religious brothers, and two priests incardinated in other dioceses who have been credibly accused for conduct occurring within the Diocese of Fall River.

∙ There are 19 clergy or other religious who ministered in the Diocese of Fall River whose names have been mentioned in previous public announcements including lists published by other dioceses, religious orders, and third-party advocates but for whom the Diocese lacks sufficient information at this time to make its own credibility determination.

∙ There are three priests of the Diocese of Fall River who are living who have been publicly accused, but there has not yet been a determination either under canon (Church) or civil law regarding whether the allegations against them are credible. These priests are prohibited from engaging in public ministry while their cases are in process. They are afforded a presumption of innocence, consistent with the principles of the American justice system and Church law.

∙ There are currently no priests in ministry who have been credibly accused, in keeping with the Diocese of Fall River’s “zero-tolerance” policy.

∙ More than 75% of the names published today have already been made public by previous announcements from the Diocese of Fall River, media reports, or lists published by other dioceses, religious orders, third-party advocates, or civil authorities.
The Diocese engaged the company of former Boston Police Commissioner Ed Davis—The Edward Davis Company, LLC (EDC)—to review the Diocese’s process for thoroughness, fairness, and reasonableness. EDC was provided access to the files for accused clergy and
religious, and other relevant information, for as far back as the Diocese had records. EDC also provided recommendations to Bishop da Cunha regarding names for publication.

“We believe that the Diocese’s investigative and review process was thorough and balanced and was fair to those making an accusation as well as to the accused,” said Davis. “The publishing of this list is an essential step as the Diocese moves forward to promote accountability, transparency, and healing.”

According to the Diocese, this list will be updated should new information become available and if the publication results in other survivors coming forward.

“As a Church community we must sadly acknowledge that survivors have often not been heard and supported,” said Bishop da Cunha. “We are focused on creating a safe environment in which survivors can find support and someone to listen. You can be assured and confident of our ongoing pastoral care.”

To help victims, the Office of Safe Environment through its Victim Assistance Coordinator, provides referrals for therapy, support for survivors, and a yearly Healing Mass to pray for all who have been impacted by sexual abuse.

“I am committed to working with Bishop da Cunha to create a safe environment for children and to offering healing and reconciliation for survivors for whom these grievous acts have caused enormous pain, anger and confusion,” said Carolyn Shipp, a licensed social worker who is the Victim Assistance Coordinator for the Fall River Diocese.

Those who know of an incident of sexual abuse of a minor by a priest, deacon, employee, or volunteer should immediately call local authorities and then contact Victim Assistance Coordinator Shipp at 508-985-6508 or cshipp@dioc-fr.org.

The Diocese issued a background of the Diocese of Fall River Review, Investigation, and List Development:

Phase One: Diocesan personnel and outside experts located and assembled files of clergy and other religious against whom allegations had been made, dating back 70 years.

Phase Two: Former Federal Bureau of Investigation (FBI) Assistant Director William Gavin, of the Gavin Group, conducted an initial evaluation of the files, followed by a comprehensive file review by Kinsale Management Consulting, led by Kathleen McChesney, Ph.D., former Executive Assistant Director for the FBI and former head of the Office of Child Protection of the U.S. Conference of Catholic Bishops, which provided findings to the Diocese.

Phase Three: Outside legal counsel Ropes & Gray LLP provided further investigation and review to assist the Diocese with the development and publishing of the list.

Phase Four: A Core Advisory Team of Diocesan personnel conducted further investigation, reviewed the files and information provided by the outside experts, and compiled a list of recommended names of clergy and other religious for publication.

Phase Five: The Diocese engaged The Edward Davis Company (EDC) to conduct a third-party review. EDC was given access to clergy files and other relevant information, in order to advise Bishop da Cunha on whether the process was thorough, fair, and reasonable, to review the placement and category for each name considered for publication, and to present recommendations to Bishop da Cunha. After review and consideration by Bishop da Cunha, the published list reflects those recommendations.