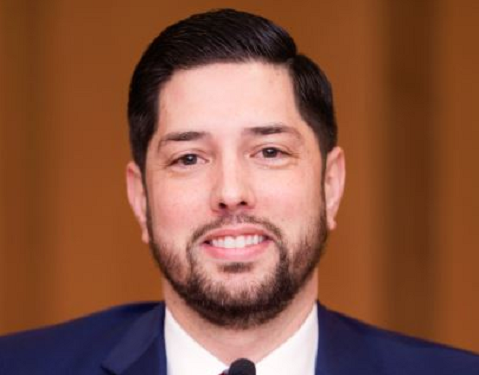 While several entities, including Fall River Reporter and the Herald News, have tried to obtain answers and comments concerning the investigation into the conduct of School Superintendent Matthew Malone, a Fall River City Councilor is attempting to use his power to get his hands on the report.

Shawn Cadime has been outspoken, with support from City Council President Cliff Ponte Jr., concerning his belief that Malone deserves to be fired for his behavior towards Fall River Public Schools staff. According to a post on social media, Cadime will be filing a request for the report that has remained a secret. So much so that School Committee members have refused to comment on it.

“The Appeals Court of Massachusetts distinguished “personnel records” from “internal affairs” records. The Appeals Court held that materials in police internal affairs investigation are different in kind from the ordinary evaluations, performance assessments and disciplinary determinations encompassed in the public records exemption for personnel files or information (Wakefield Teachers Association v. School Committee of Wakefield, 431 Mass. 792, 799 (200)). The Appeals Court held that officers’ reports, witness interview summaries, and the internal affairs report itself do not fall within the personnel information exemption, as these documents relate to the workings and determinations of the internal affairs process whose quintessential purpose is to inspire public confidence (Worcester Telegram & Gazette Corp. v. Chief of Police of Worcester, 58 Mass. App. Ct. 1, 8-9 (2003).”

“Sorry to be the bearer of bad news but this also applies to other city departments. And frankly, you (Malone) don’t care about or inspire public confidence. So I will be filing a request for that report.”

Cadime has released several social media posts voicing his displeasure concerning the actions of the Fall River School Committee in response to Malone, a position he once held. The call for Malone to be removed has grown louder by both Cadime and the public as information has been leaked on the subject. Of particular interest has been copies of an email that was sent to the School Committee by Dr. Ann Marie Dargon concerning allegations against Malone. Dargon resigned from her Assistant Superintendent of Student Services position last year due to what she described as a toxic work environment created by Malone.

By now most of you have already read the damning email that Superintendent Malone didn’t want any of us to see. What’s…

The letter goes on to describe the harsh language and demeanor of Malone toward members of the staff to the point where Dargon describes requesting Mayor Coogan’s brother Tom to sit on meetings with her because she was afraid of Malone.

Comments made by both Malone and Mayor Paul Coogan in a recently published article by the Herald News has appeared to pour gasoline on the current firestorm to have Malone removed.

Malone stated in the piece that “the facts speak for themselves: There was no sexism, ageism or discrimination.” Malone also stated that he has already begun changing how he conducts himself and realizes that he can be like a bull in a China shop and has hurt people’s feelings.

In response to Dargon’s letter, Coogan stated that the public disclosure of the letter was more of a distraction than a revelation.

It appears, at least for now, that Malone’s punishment of a month’s salary ($17,000) will be the only discipline concerning the report, but not if Cadime has the final say.