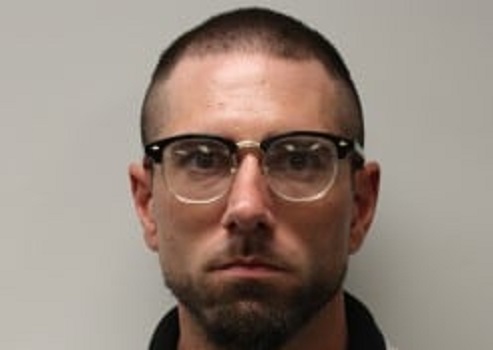 TEWKSBURY – Chief Ryan Columbus reports that the Tewksbury Police Department, with the assistance of multiple public safety partners, arrested and charged a Fairhaven man with breaking and entering and several other charges.

On Monday at approximately 2:45 p.m., Tewksbury Police responded to a report of a break-in at a business on Lorum Street. Upon initial investigation, Tewksbury Police learned that multiple tools and business items had been stolen the previous evening. Officers also learned that the Tewksbury Fire Department had responded to a box alarm at the business at about 3:35 a.m. on Tuesday, and extinguished multiple small fires.

Further investigation revealed that other businesses in the area had been burglarized, and that a truck had been stolen. Based on evidence obtained during the investigation, Tewksbury Police identified 36-year-old John Mueller of Fairhaven as the suspect.

Tewksbury Police later recovered the vehicle in Salem, N.H., with the help of Salem Police.

On Thursday morning, Tewksbury Police learned that Mueller had been in contact with law-enforcement agencies in Plymouth County on an unrelated matter. Mueller was placed into custody by the Plymouth Police Department and returned to Tewksbury for booking by Tewksbury officers.

Mueller was scheduled to be arraigned Friday in Lowell District Court.

“I want to commend our officers for their professionalism in this case,” Chief Columbus said. “This arrest is a direct result of their thorough hard work.”