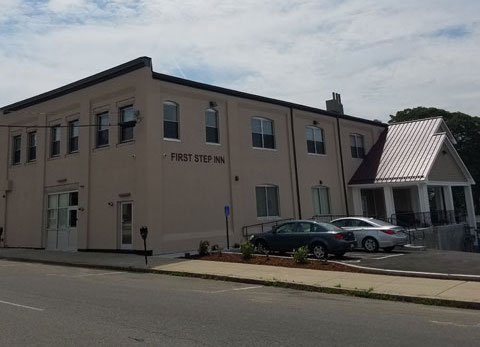 The recent cold temperatures had some Fall River residents asking why emergency overflow shelters were not open early and made available to the homeless in the city last week. An opinion piece posted Wednesday started the discussion about policy, procedure and how our most vulnerable residents are treated.

The First Step Inn, a facet of Steppingstone Incorporated, manages the city’s homeless issues at their Durfee Street location. Opened in 2017, the shelter provides year round support for those needing temporary housing. 20 beds, slated for 12 males and 8 females are available to those who need assistance. During the winter season, however, the new facility expands into an overflow shelter to accommodate an additional 30 residents, a substantial upgrade from prior years. The colder months constitute an emergency status for those seeking shelter and a more streamlined intake process is used. The intake requirements do not exclude those who may be under the influence of either drugs or alcohol. Steppingstone Incorporated and it’s programs provide support and treatment for those with substance addiction and First Step Inn treats all residents with dignity and respect. Lori Soderstrom Santos, of Recover Fall River and a past First Step Inn volunteer, wants the public to know that the shelter is not a dry shelter.

“The shelter does not administer breathalyzers to anyone,” said Santos. “The staff closely monitors guests to ensure everyone is safe and if someone needs medical assistance, arrangements are made. No one is more sensitive to substance needs than Steppingstone and its programs.”

The expanded shelter generally opens the week of Thanksgiving, but this year, the extra beds were made available beginning November 4th. Last week, when temperatures dipped below freezing, First Step Inn was ready for the increased attendance. Although close to capacity, the shelter states that they did not turn any residents away with 47 out of 50 beds being used. Beginning January 2, 2020, an additional overflow shelter becomes available through a partnership between First Step Inn and local churches. Pastor Tom Mello has worked with First Step Inn in the past in providing 25 more beds when the need arises. Pastor Mello’s wife Lisa, stated that having volunteers ready and willing to help is a big part of their efforts.

“We are currently looking for volunteers to help this season,” said Mello. “Our website is ready.” She encouraged those who would like to help impact the lives of our homeless residents to visit their website www.tcshelter.com and complete the volunteer application.

In cases of extreme weather, the city of Fall River has opened city hall and offered emergency shelter to homeless residents. While at times, the need for this service can be anticipated and planned, unpredictable weather and other emergencies can occur. City Council Vice President Pam Laliberte-Lebeau issued a Facebook statement to constituents this week on the need for a better plan: “The city needs an emergency protocol in place year round for bad weather conditions, which would automatically trigger action day or night without last minute scrambling” and indicated work was being done to put one in place. A new focus on homeless residents may be on the horizon for the city council.

Newly elected City Councilman Christopher Peckham has often spoke about the homeless issue in the city during his campaign.

“I am very passionate about this issue,” said Peckham. “Homelessness is often the result of addiction and I have a strong history of addiction within my family. Every time I speak with a homeless person struggling with addiction, I picture a family member.”

Many involved in the homeless crisis that our residents face agree on one thing, volunteers are needed to help year round. Alicia Vitorino of Hearts of Hope Inc, a program that gives homeless members of the community nourishing meals and desperately needed supplies, can not stress enough how critics of the work being done should turn those concerns into action. “People start to care about the homeless during the colder months but the truth is, this is an issue year round.”

Vitorino states that while some may think the issue of homeless residents has a simple solution, it could not be further from the truth. “Red tape, little funding, lack of affordable housing and the need for volunteers make helping those in need very difficult”. Vitorino encourages elected officials and residents to reach out and get in the trenches but notes more is being done today than in the past. “We are in a better place than we were a few years ago and more is being done. Change is coming.”