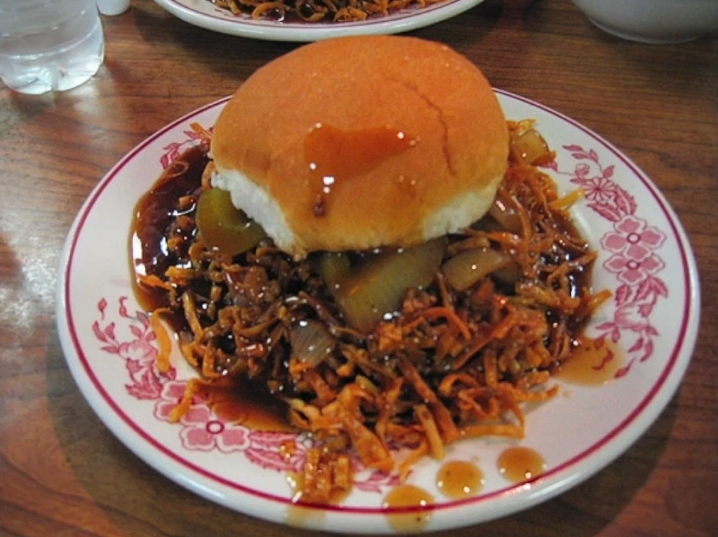 Did you know that there is a Chow Mein Sandwich song that was created right out of Fall River?

Oliver Wang, who is a Professor of Sociology at CSU-Long Beach, loves the Chow Mein Sandwich. So much so that he created a presentation at the annual meeting of the Association for Asian American Studies in San Francisco, CA.

Wang was working on an essay for an upcoming anthology about Chinese restaurants in North America and had been wanting to find an excuse to write about the Chow Mein Sandwich for a while. In this slide show, some iconic Fall River landmarks and personalities are featured including Emeril Lagasse, China Royal, and the sandwich itself. While most of the presentation is based on the history of the beloved sandwich, a throw back song based on the Chow Mein Sandwich by Alika and the Happy Samoans may be the most interesting part of the ensemble. The group was a popular performer at the China Royal and recorded an album in July 1974 with the aforementioned tune. Here is a history of the song and the sandwich courtesy of Oliver Wang.

Live at the China Royal: A Funky Ode to the Chow Mein Sandwich (AAAS 2018) from Oliver Wang on Vimeo.