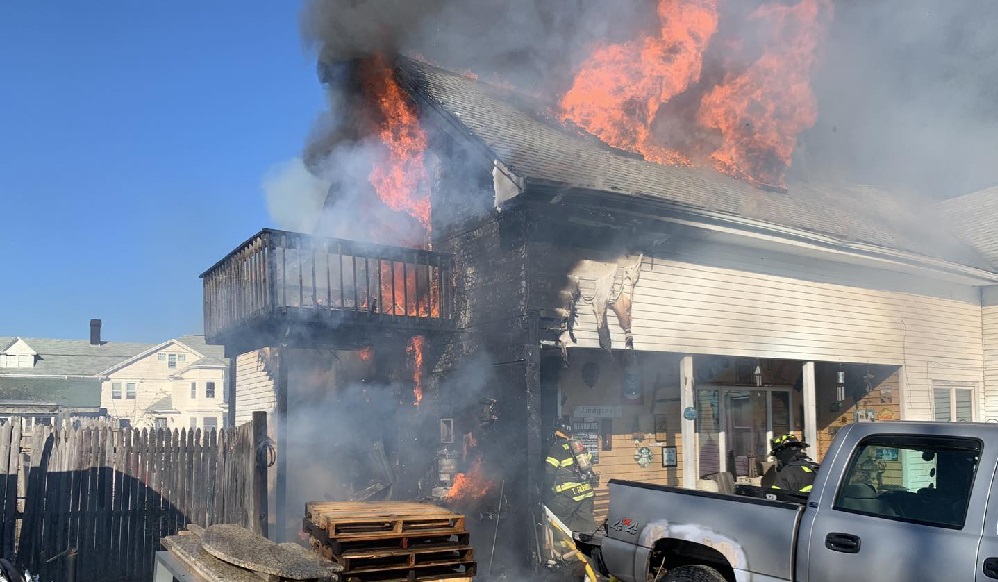 Heavy fire Saturday afternoon in Wareham resulted in several people being displaced and sent to the hospital.

According to the Wareham Fire Department, on Saturday just after 11:15 a.m., the department received multiple reports of a structure fire at 426 Main Street.

Captain Mickey Bird, who was in charge of Engine 1, immediately ordered a 2nd alarm on arrival due to heavy fire conditions in the large multi-family residence.

Conditions at the scene deteriorated rapidly, prompting Chief Kelley to order all firefighters out of the building. In addition, Chief Kelley struck a 3rd alarm, bringing multiple other fire departments in for assistance.

The fire was finally brought under control by 1:30 p.m., however firefighters continued to extinguish hot spots for several hours.

One firefighter and one civilian were transported to Tobey Hospital for observation of non-life-threatening injuries.

Eight residents were displaced and are being assisted by the Red Cross.

Chief Kelley said, “All WFD personnel performed seamlessly with our mutual-aid partners and we greatly appreciate their assistance.”

The cause of the fire still remains under investigation.