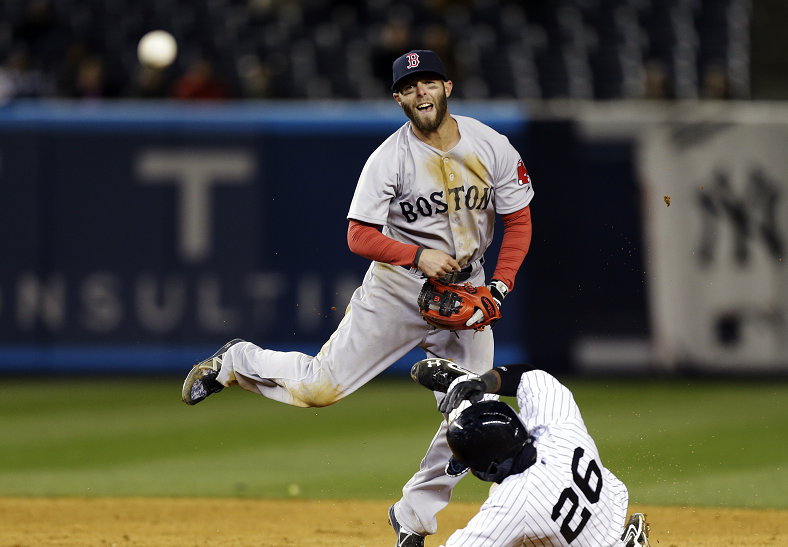 “Dustin is so much more than his American League Most Valuable Player award, his All-Star Game selections, and the Gold Gloves he amassed throughout his impressive 17-year career in our organization,” said Principal Owner John Henry.

“Dustin came to represent the kind of grit, passion, and competitive drive that resonates with baseball fans everywhere and especially with Red Sox fans. He played the game he loves in service to our club, its principles and in pursuit of championships. Most of all we are forever grateful to him for what he brought to our club and to our region as an important role model showing all of us how much one can accomplish with determination and hard work.”

“Dustin has been an integral part of our club from draft day through retirement,” said Chairman Tom Werner. “During his time with the Red Sox, we have had the opportunity to see Dustin evolve into one of the best second basemen in the game as a player and watch him grow as a husband to Kelli and father to his three incredible children. The full impact of the Pedroia family extends well beyond the walls of Fenway Park and into the Boston community through their work with military families and the Jimmy Fund. We congratulate Dustin on a tremendous career, and thank him and Kelli for their contributions to our club and our community.”

“Through championships and injuries, Dustin’s disciplined approach never wavered,” said President and CEO Sam Kennedy. “His work ethic is incomparable, and we saw him attack his rehab during the last chapter of his career with the same intensity he approached the batter’s box in his prime. I know hanging up his spikes is not an easy decision for a competitor of his caliber. We are fortunate to have had him in a Red Sox uniform for so long and look forward to welcoming him back to Fenway Park to celebrate his career.”