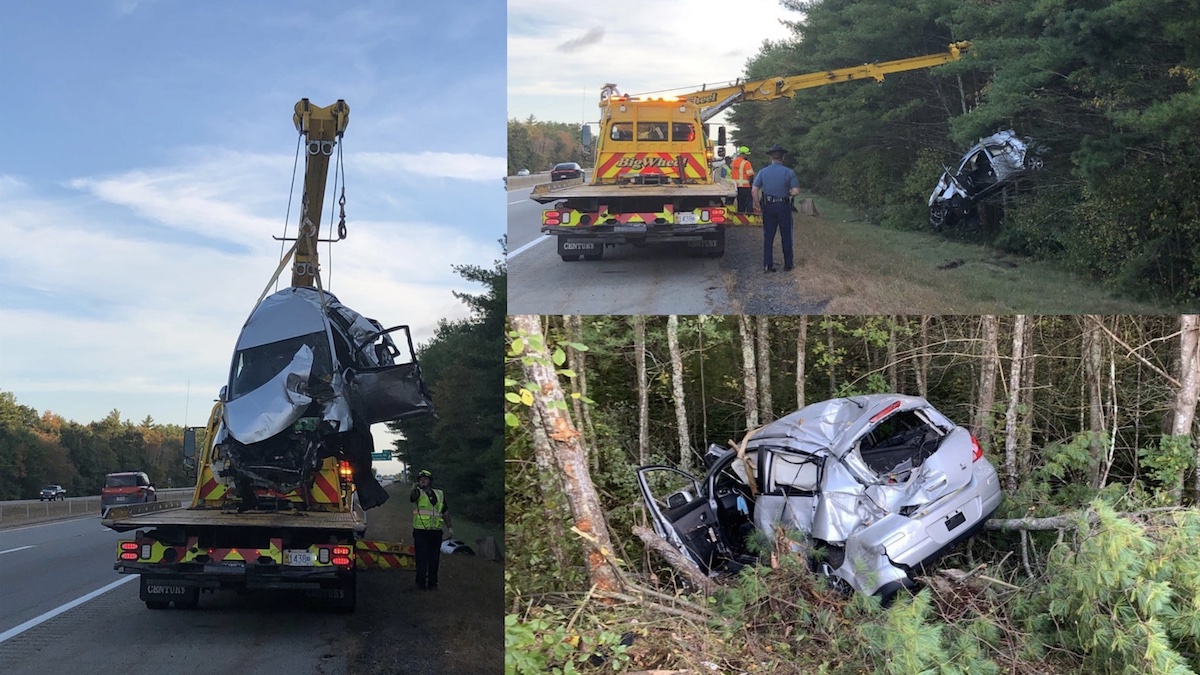 The following was released by the Lakeville Fire Department:

“Firefighters responded to the Rt 140 south, just north of the County Street exit, for a single-vehicle crash just after 4:30 pm on October 11. The vehicle left the highway and collided with several trees.

The driver was ejected from the vehicle and sustained significant injuries. The 4-year-old female passenger in the vehicle was properly restrained in a car seat and escaped obvious injuries.

The driver was transported to Rhode Island Hospital by a Lakeville Fire Department Ambulance. The child was also transported by Freetown Ambulance to Providence.

A passing motorist stopped to assist the crash victims prior to the arrival of first responders. The unknown woman cared for and comforted the young child until ambulance crews took over care. The woman was able to calm the upset child and even had her smiling and laughing.

We do not know the good samaritan’s identity but would like to say thank you!