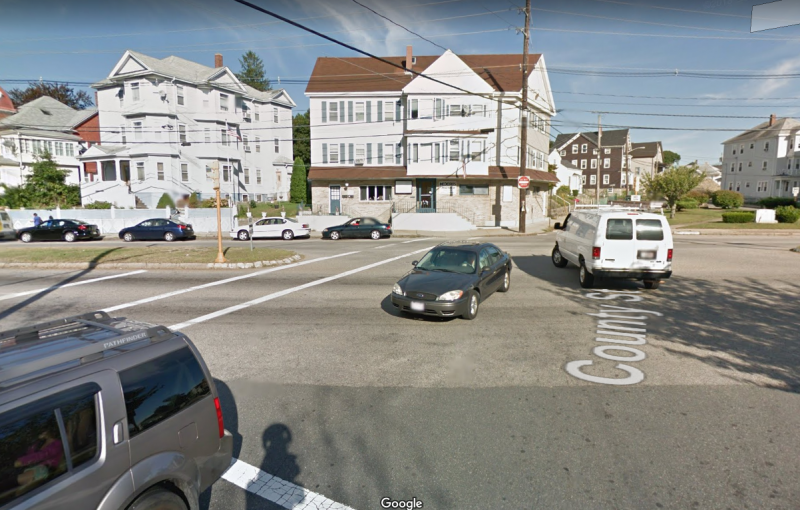 A driver is being charged in a crash that hit two school children in Fall River Monday.

According to Detective John Robinson, on Monday, January 14th, 2019 at approximately 6:45 a.m., Officers Nicholas Hoar and Tyler Paquette of Fall River Police Departments Uniform Division were called to the intersection of County Street and Eastern Avenue in response to a call that 2 children had been hit by a car while on their way to school.

Witnesses stated a car ignored the crossing guard (who was holding a stop sign, wearing his reflective vest and blowing his whistle) failed to stop and struck two children who were crossing northbound Eastern Avenue at County Street within the crosswalk.

When the vehicle finally stopped, one child was pinned under the front bumper with a broken femur. The other child had her foot run over while trying to pull her friend to safety.

As a result, a 13-year-old female was transported to a Rhode Island hospital with serious non-life threatening injuries, while the other child, a female age 12, was taken to a local hospital with minor injuries.