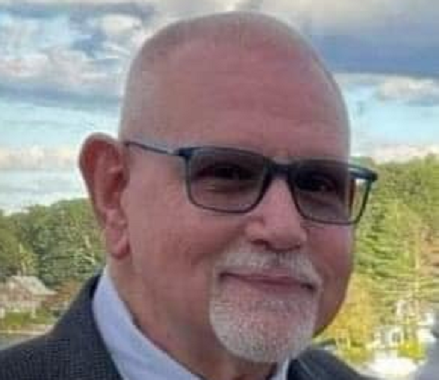 Condolences and memories were pouring in Monday for a long time Fall River police dispatcher that passed away.

Joseph Torres died of cancer Sunday, according to friends and co-workers, and it was clear by Monday afternoon that he had left his mark not only as a dispatcher, but as a person.

Fellow dispatcher Roberta Galvao-Proulx was one of many that took to social media to honor the man and express their sadness concerning his passing.

“The tears flow as I write this. The FRPD lost one of its own yesterday. A big teddy bear, a gentle giant. For so many years you kept a watchful eye over your police family. Their safety was your main concern. Extension 348 will never be the same. What I will miss most are those morning hugs, and the smell of your cologne that would linger through the day. You were such a special man, a special friend. You will never know how loved you were by so many. Even strangers in scanner world. How cruel life can be, you never got to enjoy retirement. We will NEVER ever forget your booming yet calming voice. And, for the night people, 6:30am will never be the same as that hall light won’t be going on.”

Friend and former co-worker Justin Santos also expressed on social media the loss that is left in the community.

“Very sad to hear about the loss of my former co-worker and friend Joe Torres. He was such a great person and great dispatcher. He had the respect of everyone he worked with Officers and Dispatchers, and was always willing to lend a hand and give advice when I started working there. I’ll miss calling the station and getting a “hello my friend” from him. Thank you for your service Joe you will be truly missed by many. The FRPD and City Of Fall River lost a great one.”

Others described Joe as a good, caring, and kind man who was one of a kind.

It is difficult to be an entertaining police dispatcher while doing the job well, yet Torres was able to do both.

Services for Torres have yet to be announced.